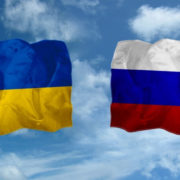 Head of the State Nuclear Regulatory Inspectorate has been authorized to sign this document.

According to government experts, the implementation of this agreement will enhance safety in carrying out activities in the field of peaceful use of nuclear energy, create the necessary framework for rapid response in the event of nuclear and radiation accidents or threat thereof in the territory of Ukraine and the Russian Federation.

The agreement between the two countries provides for setting a clear mechanism of interaction of the competent authorities, as well as the procedure for the exchange of necessary information.

The conclusion of such agreements is recommended by decisions of the International Atomic Energy Agency (IAEA) in accordance with the Convention on Early Notification of a Nuclear Accident, which Ukraine ratified December 30, 1987.