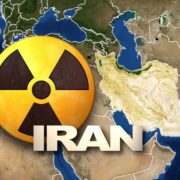 The U.N. nuclear agency and Iran aim to reach agreement next month on future steps to be taken by Tehran to help clarify concerns about its atomic activities, the two sides said after holding productive talks on Wednesday.

Tero Varjoranta, deputy director general of the International Atomic Energy Agency (IAEA), suggested he wanted the next meeting – in Tehran on January 21 – to also address suspicions that Iran may have researched how to develop nuclear bombs. Iran denies any nuclear weapons ambitions.

He said IAEA inspectors would visit Iran’s Gchine uranium mine before February 11, when the Islamic state is due to have implemented this and five other concrete steps that were part of a cooperation pact agreed between the two sides last month.

At the next meeting, the aim is reach agreement on measures to be taken in the next phase of cooperation, he told reporters.

He envisaged that the discussions would include what the IAEA calls the “possible military dimensions” to Iran’s nuclear program.

Iran denies Western accusations that it is seeking the capability to make nuclear bombs, saying it is refining uranium to make fuel for a planned network of nuclear power plants.

Social protection of Chornobyl cleanup workers a priority for government –...
Scroll to top