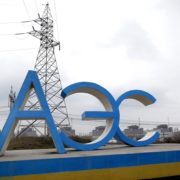 At the end of February, a regular meeting of the SNRIU Board was held to present and discuss report on measures related to improvement of safety at nuclear power plants in 2013.

Valeriy Kravets, Executive Operations Director of NAEK Energoatom, presented results of Comprehensive (Integrated) Safety Improvement Program for NPP Units (C(I)SIP) during the last year. This Program considered recommendations of IAEA missions and international post-Fukushima trends for safety improvement. Representative of the operating organization stated that during 2013 almost all measures planned in accordance with the Program were implemented. But, V. Kravets also named issues which seriously interrupt implementation of the Program. Firstly, he meant insufficient financing of measures, delay of tender procedures, untimely delivery of equipment.

Valeriy Buhay, Deputy Head of Unit for Safety Management of Operating Nuclear Installations of SNRIU, presented results of C(I)SIP from the point of view of the regulatory body. He stated that in 2013 NAEK Energoatom submitted 104 reports on performed measures according to the Comprehensive Program to the SNRIU when there were 78 reports planned. Such results were reached on account of prescheduled performance of 33 measures of following years. The operating organization, as the Board stated, once again at Zaporizhzhya NPP Unit No. 1 and No. 2 and South-Ukraine NPP Unit No. 2 did not meet deadlines of measures which earlier were included into the Concept for Safety Improvement of Operating NPP Units. Besides, at present approved Schedule for Measures of the Comprehensive Program for 2014 is absent.

During the Board Meeting it was mentioned that such a state could become an obstacle for timely lifetime extension of Ukrainian NPP Units. To extend operation of SUNPP Unit No. 2 and ZNPP Unit No. 1 and No. 2 it is necessary to plan measures on the Program, taking into account safety reassessment terms.

During the Board Meeting Action Plan on harmonization of Ukrainian regulations and rules for the safety of nuclear installations with WENRA standards (Western European Nuclear Regulators Association) was discussed. At present WENRA consists of 17 countries, nine of them joined WENRA as an observers. SNRIU as an observer takes part in WENRA activity since 2009. Improvement of the regulatory framework for nuclear and radiation safety of Ukraine, taking into account the best European experience in regulation of nuclear installations safety, is one of the priority tasks of Ukrainian regulatory body.

According to Vyacheslav Boychuk, Head of Nuclear Installation Safety Analysis Unit of SNRIU, degree of compliance of national requirements for NPP safety with reference levels of WENRA on reactor safety is higher than in some member states of WENRA. But a range of regulatory documents require improvement related to harmonization that is reflected in the correspondent draft Action Plan.

Summary SNRIU Board Meeting: More Actions Than Planned in 2013