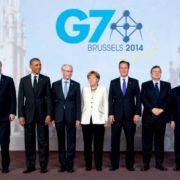 The Declaration was adopted at the summit calling to demonstrate the unity of the world leaders in addressing peace and security, political, economic and environmental issues, partnership, development of democracy.

Special attention in the Declaration was given to the Chernobyl site issues. In particular, it is said that the projects funded by the donor community to convert the Chernobyl site into a stable and environmentally safe condition have reached an advanced stage of completion. While recognizing the complexity of these first of a kind projects, G7 leaders called upon all concerned parties to make the additional efforts to bring them to a satisfactory conclusion and called upon all project parties to keep costs under control.

ChNPP has obtained the separate permit to commission Industrial Complex for...