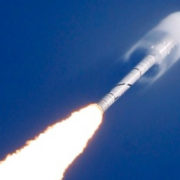 The space launch vehicle, the Ukrainian-designed Dnepr rocket, will lift off early Friday morning Japan time from the Dombarovsky space center in Russia’s Ural region carrying 33 satellites from 17 countries including the two Japanese ones.

Japan’s state-run University of Tokyo developed the two satellites, while the rocket is operated by ISC Kosmotras, a Moscow -based joint venture owned by Russia and Ukraine .

The University of Tokyo, Japan’s top university, said it has developed the two satellites with low costs with less than 300 million yen (about $2.9 million ) per unit.

The launch had been planned for last year but fell behind schedule.

Officials with links with Ukraine had expressed concern about the delay amid worsening ties between Ukraine and Russia , but project leader Shinichi Nakasuka, a professor at the University of Tokyo , said the delay was not caused by the political situation.

The two satellites will take photos of the two nuclear power plants and surrounding areas regularly and receive data from instruments near the plants, the officials said.

Nakasuka said the two satellites will also monitor river levels as part of efforts to prevent flooding. A total of 22 countries, such as Japan, Vietnam , Thailand and Bangladesh , will receive relevant data.

The Dnepr rocket, which was originally developed as an intercontinental ballistic missile named SS-18, was repurposed as a space launch vehicle. The three-stage rocket measures 34.3 meters in height with a diameter of 3 meters.

Iran and world powers due to resume ‘difficult’ nuclear talks

SNRIU Chairperson Discussed Implementation of ISF-2 and CSFSF with the President...
Scroll to top