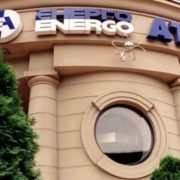 The international working meeting was held in London from 30 June to 1 July 2014 under the G-7 Global Partnership against the Spread of Weapons and Materials of Mass Destruction to review projects in the field of radiological, chemical, biological and nuclear safety with participation of Energoatom specialists.

The implementation of the project for upgrading the physical protection system at the operating NPPs of Ukraine was particularly considered at the meeting. The representatives of the participating states highly appreciated the importance of this project and addressed the allocation of funds to improve physical protection of Ukrainian NPPs.

SNRIU Chairperson Discussed Implementation of ISF-2 and CSFSF with the President...