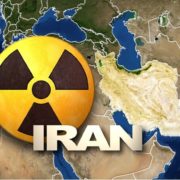 Iran has converted its stockpiles of enriched uranium into a less dangerous format that is more difficult to use for nuclear weapons, according to the United Nations’ Atomic Energy Agency.

The move complies with an interim deal reached with Western powers on Iran’s nuclear program last year, in exchange for easing of sanctions.

The International Atomic Energy Agency says Iran has converted its stockpiles of 20 percent enriched uranium into less dangerous forms. The enriched fuel could be used to make nuclear weapons.

Tehran denies that it is trying to make bombs, and insists the program is for civilian use.

Iran and Western powers agreed Saturday to extend until November a deadline on reaching a long-term agreement on the future of the nuclear program.

But that remains a long way off, says International Institute for Strategic Studies analyst Mark Fitzpatrick.

“They were able to agree to cap the sanctions, to cap the enrichment program, but Iran would not agree to roll it back, to make any reductions. And that was the sticking point,” said Fitzpatrick.

Speaking Saturday after the two sides agreed to extend the deadline, EU Foreign Affairs Chief Catherine Ashton admitted there is much work ahead.

“While we have made tangible progress on some of the issues and have worked together on a text for a Joint Comprehensive Plan of Action, there are still significant gaps on some core issues, which will require more time and effort,” said Ashton.

Ashton is due to step down from her EU role before the end of the year – potentially complicating future negotiations. Mark Fitzpatrick is skeptical that any deal can be reached in the next four months.

“But in the meantime, Iran’s program is capped. They are not going to get any closer to being able to develop a weapon. And of course they say that is not their purpose anyway. So diplomacy has been working, the program has been capped. We do not have a solution; we are not likely to have a solution. In four months, maybe we have to reassess and cap and extend it again,” he said.

In return for Iran converting its stockpiles of 20 percent enriched uranium, the United States will unfreeze $2.8 billion of Iranian assets. But sanctions against Iran remain in place.

For now the commitment to negotiations is being welcomed on both sides, says Iran sanctions and trade expert Nigel Kushner of W Legal.

“I have got a number of clients who are desperate to jump back into the very profitable business relationships they had hitherto in Iran,” said Kushner. “And my message to them today is, ‘You can not re-conduct business. But certainly by all means get on with your marketing. Fly over, conduct meetings; discuss deals you might be able to do – in a legitimate manner of course – once the sanctions are lifted.’”

Western powers and Iran have yet to decide when and where the next rounds of talks will take place – saying only they would happen in the coming weeks.

SSE “Chernobyl NPP” applied to SNRIU to obtain a permit for Liquid Radwaste...