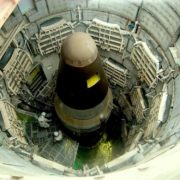 When NATO’s leaders gather in Wales in early September, they will address several issues critical to the alliance, including Russian adventurism in Ukraine and elsewhere in Eastern Europe, members’ contribution to collective defense, the adequacy of individual national defense budgets and plans for supporting the people of Afghanistan.

In the course of their deliberations on these issues, however, they also should reaffirm the value to the alliance of the continued presence of the modest number of U.S. nuclear bombs in Europe. We believe this is necessary because we are again hearing calls for the United States to unilaterally withdraw its small arsenal of forward- deployed nuclear bombs. Those arguments are shopworn, familiar — and wrong.

The most common argument is that because the United States’ strategic forces have global capabilities, the NATO-based weapons “have no military value.” While that claim is false (NATO’s supreme allied commander recently attested to the weapons’ military utility), it also ignores the most central feature of nuclear weapons: They are, fundamentally, political weapons. A principal function of forward deployment has been, and remains, to be a visible symbol to friend and potential foe of the U.S. commitment to defend NATO with all of the military power it possesses.

The newer members joined NATO in large part to get under this nuclear umbrella, and they have been vocal in expressing their concern that withdrawing the weapons would symbolize a diminution in the U.S. commitment to defend them. Their concerns are heightened as they watch a recidivist Russia conduct exercises simulating nuclear strikes on Poland and the Baltic states, threatening nuclear strikes on nascent NATO missile-defense sites and continuing to deploy a bloated arsenal of several thousand short-range nuclear weapons.

A second argument is that because nuclear weapons have no place in international relations in the 21st century, they certainly shouldn’t be forward deployed in NATO Europe. In his much-heralded 2009 Prague speech, President Obama called on the nuclear states to reduce the role such weapons played in their respective security strategies, and he took steps to implement his vision in the United States. Apart from Britain, no other nuclear weapons state took heed; indeed, the others expanded their nuclear modernization programs and gave nuclear weapons a more central role. Of particular concern to NATO, Russia has embarked on an across-the-board modernization of its nuclear forces, a modernization judged so important by Moscow that it has violated the Intermediate-Range Nuclear Forces Treaty in the process. As our NATO allies point out, nuclear weapons clearly matter to Russian leadership, and, as a result, our allies insist that the U.S. nuclear commitment to NATO cannot be called into question.

A third argument is that NATO, in the aggregate, enjoys overwhelming conventional military superiority. This argument, however, is built on two fundamental fallacies. First, such aggregate comparisons mask the reality that on NATO’s eastern borders, on a regular basis, Russian forces are numerically superior to those of the alliance. As events in Crimea and Ukraine showed, Russia’s armed forces have improved significantly since their poor performance in Georgia in 2008; demonstrating impressive operational capabilities, they have made clear they are no longer the rag-tag army of the past decade. Second, focusing on conventional war-fighting capabilities overlooks the fact that NATO’s principal goal is deterring aggression rather than having to defeat it. And it is here that NATO’s nuclear capabilities provide their greatest value.

Finally, we are told that there are deep divisions within NATO on keeping nuclear weapons forward deployed. It is true that in 2007 and 2008, domestic politics in several alliance states fostered such a debate. It should be no surprise that in an alliance of 28 democratically elected governments such differences will develop. But by the Lisbon summit of November 2010, those differences had been resolved, and the Strategic Concept , endorsed by all 28 NATO heads of government, stated: “We will maintain an appropriate mix of nuclear and conventional forces [and] ensure the broadest possible participation of Allies in collective defense planning on nuclear roles, in peacetime basing of nuclear forces, and in command, control, and communications arrangements.” Two years later, in Chicago, all leaders issued the “Deterrence and Defense Policy Review,” which said: “Nuclear weapons are a core component of NATO’s overall capabilities for deterrence and defense alongside conventional and missile defense.”

With Russia continuing to support forces that are seeking to destabilize Ukraine and taking unsettling actions in both the Baltics and the Balkans, this is no time to destabilize the NATO alliance and traumatize our NATO allies by withdrawing our nuclear weapons from Europe.

“Energoatom” and Westinghouse discussed extension of cooperation
Scroll to top