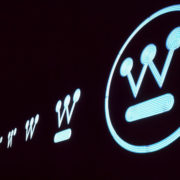 Ukraine has approved supplies of upgraded nuclear fuel from the US company Westinghouse for its nuclear power plants (NPP) and expects the first delivery by the end of the year, a senior official with the national nuclear service said on Wednesday.

Mikhail Gashev, the first deputy chairman of the State Inspection of Nuclear Regulations, said that on September 17 he signed three fundamental documents regarding supplies of upgraded nuclear fuel TBC-WR.

“The first one is the affirmative evaluation on the upgraded fuel from Westinghouse. The second is the expert findings. The third is the permit for shipment of Westinghouse’s upgraded nuclear fuel to Ukraine,” Gashev said.

According to Gashev, “the fuel will be delivered to the South-Ukrainian NPP in December and uploaded into the third power unit of the plant in late December or early January.”

In April this year Yury Nedashkovsky, the head of Ukraine’s national nuclear power company Energoatom, said the cost of the intended fuel purchases would be covered by revenues collected from sales of electricity generated by four active nuclear power plants in Ukraine.

He also said that an experimental batch of the new-formula nuclear fuel, produced at the US company’s plant in the Swedish city of Vasteras, successfully passed all the necessary tests in April.
Westinghouse and Energoatom have been cooperating on nuclear fuel supplies since 2000 and in April both companies extended a contract on supplies for Ukrainian nuclear power plants until 2020.

Energoatom and Westinghouse initially launched a project for diversifying nuclear fuel supplies in a bid to reduce Ukraine’s energy dependence on neighboring Russia.

Commenting on Ukraine’s decision to switch to supplies of nuclear fuel from the US company, Sergey Kiriyenko, the head of Russian state-run nuclear corporation Rosatom, said in April that Russia positively took all competitive rivalry, but hoped that the decision had not been made out of political reasons.

The world’s worst nuclear accident happened in 1986 in Ukraine, at the Chernobyl nuclear power plant. The explosion there and ensuing fallout from the critical nuclear meltdown contaminated vast areas in the then-Soviet republics of Ukraine, Belarus and Russia.

Westinghouse’s gain of the Ukrainian market may seem as another victory of the US company in its bid to conquer the European market of nuclear fuel consumption, which heavily rely on Russian supplies.

Last month The Financial Times daily reported that Westinghouse was pressing the European Union to introduce competition rules on the nuclear fuel market with the aim of reducing Europe’s dependency on the Russian fuel supplies.

The world’s biggest supplier of nuclear fuel argued that with Europe’s vulnerability to Russian natural gas supplies in view of the ongoing crisis in Ukraine Brussels needed to asses risks concerning the Russian nuclear fuel supplies to Eastern Europe.

According to Westinghouse, Russia makes up for 36% of the entire EU’s uranium enrichment needs and many reactors in Eastern Europe depend entirely on sets of fuel rods from Russia.

Finland is one of the European states depending heavily on supplies of Russian nuclear fuel, while Hungary, Slovakia, Bulgaria and the Czech Republic are entirely dependent on the Russian deliveries.

The daily reported that, according to Westinghouse, “the EU’s weak spot lies in Russian VVER reactors across the former communist bloc and Finland, for which the Russian company TVEL is the only supplier.”

Westinghouse presses the EU for diversification in Eastern Europe, since the US-based company is the only alternative for supplies of nuclear fuel for VVER-440 reactors.

The company said it needed an investment of $20 million to reprise the nuclear fuel production for the VVER-440 reactors, however, the work would take up to two years.

Implementation of “Support to Radioactive Waste Management in Ukraine” Project...
Scroll to top