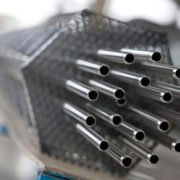 The state nuclear regulation inspectorate of Ukraine and National Nuclear Generating Company Energoatom have denied a Russian Foreign Ministry statement which said that the use of Westinghouse fuel assemblies threatens the safety of Ukraine and Europe. The inspectorate said that the introduction of modified nuclear fuel for Ukrainian nuclear power plants is clearly regulated in laws concerning nuclear and radiation safety.

“The documents define successive steps during exploiting organizations which Energoatom is [supposed] to do, and each step is thoroughly analyzed and controlled by the state nuclear inspectorate – from a conceptual decision on the introduction of new fuel to its introduction in industrial exploitation,” reads a press release of the inspectorate.

“Westinghouse nuclear fuel is being introduced without remarks, and in line with the requirements and rules of nuclear and radiation safety described in Ukrainian law,” Energoatom said.