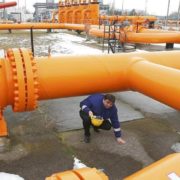 A nuclear power contract agreed between Hungary and Russia is being probed by EU officials. Regulators said on Monday that they are examining the deal with a Russian energy company to build and maintain two reactors just south of Budapest. They stress the examination of the contract is still in its early phases.

Hungary denies that it has broken any EU laws, saying the issue is “a sovereign matter”.

“The award of the Paks nuclear power plant expansion project without a tender procedure has been brought to the attention of the European Commission,” said a spokeswoman for the EU executive.

“Our services are currently examining this issue. And we are of the process of clarifying it with the Hungarian authorities.”

The EU is trying to establish whether Hungary broke state aid rules with a series of subsidies.

Officials could bring the project to a halt or issue a large fine.

It comes at a time of strained ties between Russia ad the EU over the Ukraine crisis.

PM of Ukraine Arseniy Yatsenyuk met with president of the Westinghouse Electric...
Scroll to top