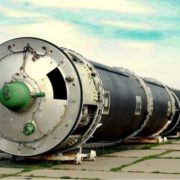 The independent Ukraine has its own memorable dates, which also concern the history of Ukrainian nuclear sphere. Experts on nuclear weapons non-proliferation safeguards commemorate the day of 12 January 1995 when the Cabinet of Ministers of Ukraine approved by its resolution the Agreement between Ukraine and the IAEA on application of safeguards to all nuclear materials in all peaceful nuclear activities of our state. The way to this document was long and, to some extent, dramatic.

Opened for signature in summer of 1968, the Treaty on the Non-Proliferation of Nuclear Weapons (NPT) recognized only five states which possessed nuclear weapons: the USA, the USSR, the Great Britain, France and China. These countries manufactured and tested nuclear explosive devices prior to 1 January 1967.

The Treaty on the Non-Proliferation of Nuclear Weapons had an objective to restrict nuclear armaments and not to allow other countries possessing nuclear weapons. Hence, countries which joined NPT later a priori were considered as those not possessing nuclear weapons. They were obliged not to accept, manufacture or acquire nuclear weapons or other nuclear explosive devices. The next step for such a country after NPT signing was to accept international control over all its peaceful nuclear activities: nuclear power plants, scientific institutions and enterprises which use nuclear materials. According to Article 3 of the Treaty this meant to sign an agreement with the International Atomic Energy Agency to apply safeguards on all nuclear materials in all its peaceful nuclear activities.

It seems, that as of 1970-1980s there was a certain order, everything was distinct and clear and there was even a progress on the way to reduce armaments. In July 1991, the USA and the USSR signed the first ever agreement that had to reduce a number of nuclear weapons. It was the so called START-I – the Treaty on the Reduction and Limitation of Strategic Offensive Arms. But in the end of the same 1991 the USSR collapsed and ratification of the Treaty, signed under so many difficulties, was suspended.

After the USSR collapse there appeared de facto three more nuclear states, which are Ukraine, Belarus and Kazakhstan. Moreover, one of them – Ukraine – inherited the third in the world nuclear arsenal which was equal to the French, English and Chinese ones brought together! Such a situation influenced on the distribution of forces which was ensured after the Second World War. It was a serious matter of content not only for the governments of the most powerful states, but for the world public. International meetings, which were held mainly on the initiative of the USA and Russia, were aimed at solving of this difficult question. The situation was easier with Belarus and Kazakhstan: they quickly agreed to dispose of their dangerous heritage. A different matter is with Ukraine. Despite that in the Declaration on State Sovereignty dated 16 July 1990 there was stated that Ukraine does not participate in military alliances and is considered as non-nuclear in future, when it really inherited nuclear weapons some politicians were nearly mad. Except such an odious politician, as Dmytro Korchynsky, democrat Yuriy Kostenko, who was a Head of delegation during negotiations with Russia on this issue, actually spoke out against turning in of nuclear weapons. In general, the whole history of how Ukraine abandoned nuclear weapons is very dramatic and it deserves a separate detailed story.

By the way, Russia, except application of economic sanctions in case of Ukraine’s intransigence, had one more serious lever of influence. Within Ukrainian territory there are five nuclear power plants, as of that time 14 power units were under operation, nuclear fuel for which was supplied by Russian plants. Moreover, spent fuel from our power units with WWER-440 and WWER-1000 was transported to Russia. According to para. 2 of Article III of NPT, State Parties to the Treaty undertakes not to provide nuclear materials and equipment which may be related to nuclear technologies to states that did not join the Treaty and did not sign the relevant agreement with the IAEA. And it is not strange, that Russia, according to the Treaty, will take advantage of the opportunity. It would have more serious consequences than, for example, last year’s abandoning by Russia of Ukrainian import of cheese and candies. Ukraine, in which 50% of power is produced at nuclear power plants, faced a real hazard when operation of power units could be suspended and correspondently there was a probability of power system collapse. Implementation of this, rather a real hazard for that time, was just a matter of time, because available in Ukraine reserves of nuclear fuel will ensure operation of nuclear power plants during two or three years. And what should be done further?

Finally, the right decision was made and on 14 January 1994 at the meeting in Moscow the presidents of Ukraine, the USA and Russia signed a Trilateral Statement where it was stated that Ukraine was on its way to nuclear disarmament. But it became obvious that preparatory activities in order Ukraine to join NPT will take much time. And nuclear power plants needed fuel for refueling of units.

That is why our country chose another way: experts of the Ministry of Foreign Affairs and the State Committee on Nuclear and Radiation Safety of Ukraine immediately started an activity to sign the Agreement with the International Atomic Energy Agency. Unprecedented case: state which possessed nuclear weapons on its territory had an initiative to accept total control from the IAEA over its nuclear materials and facilities.

On 28 September 1994, during the General Conference of the IAEA in Vienna, Mykola Steinberg, Head of the State Committee on Nuclear and Radiation Safety of Ukraine, by order of the Ukrainian government signed an Agreement with the IAEA. The Agreement was called: on application of safeguards on all nuclear materials in all peaceful nuclear activity of Ukraine. According to the terminology of experts on international law, the Agreement with Ukraine is so called “sui generis”, that means “unique”, caused by unique circumstances which do not have precedents: the state on its own abandoned its nuclear arsenal. Moreover, all this took place in the period of time when Pakistan intensively worked over its own nuclear program in order to balance position in confrontation with India. In its turn India earlier announced provisions of the NPT as discriminating and after rejection to join the Treaty created own nuclear weapons, and Democratic People’s Republic of Korea did not gave access for IAEA inspectors to visit its facilities and announced its withdrawal from NPT.

The Agreement signed between Ukraine and the IAEA was observed as a temporary and its contents was in compliance with the traditional text of agreements on safeguards (INFCIRC/153), which the IAEA signs with countries which do not possess nuclear weapons. Except one article – the one which envisaged signing of the permanent agreement instead of this one after Ukraine joins NPT.

By that time tactical nuclear weapons were already transported from Ukraine to Russia for demounting and destruction, but strategic weapons were left, and negotiations on Ukraine’s joining NPT were not held. Unfortunately, governing entities did not fully recognized issues on the non-proliferation of nuclear weapons. This is referenced by the fact that in October 1994 the State Committee on Nuclear and Radiation Safety of Ukraine was liquidated as an independent regulatory authority, which should have performed the Agreement with the IAEA, and its merging with the Ministry of the Environmental Protection.

Though the Agreement with the IAEA envisaged ratification in the Ukrainian parliament, but in view of situation with national NPPs and in order to avoid battles in the Verkhovna Rada, which could have delayed making this document valid during unforeseen period of time, the Cabinet of Ministers approved the Agreement with the IAEA by its ordinance. So, Russia did not have more statements to reject supplies of nuclear fuel to Ukraine, which was described in the relevant note of the Ministry of Foreign Affairs of Russia.

Unfortunately, in this acute political life of the beginning of 1990s this joint victory of the Ministry of Foreign Affairs and the State Committee on Nuclear and Radiation Safety of Ukraine was left unseen by neither mass-media nor experts in the sphere of the non-proliferation of nuclear weapons. 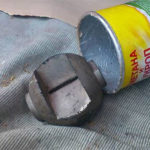