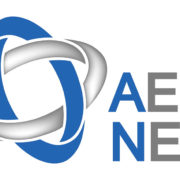 The Nuclear Energy Agency (NEA) is a specialized Agency within the Organization for Economic Co-operation and Development (ОЕСD). NEA mission is to assist its member countries in maintaining and further developing, through international co-operation, the scientific, technological and legal bases required for a safe, environmentally friendly and economical use of nuclear energy for peaceful purposes. To provide authoritative assessments and to forge common understandings on key issues as input to government decisions on nuclear energy policy and to broader OECD policy analyses in areas such as energy and sustainable development. All NEA member countries, except Russia, are the members of the Organization for Economic Co-operation and Development (ОЕСD). Russia obtained NEA membership in the framework of integration to OECD. Starting from March 2014 the activity on Russian Federation integration to OECD was phased down, instead of that OECD members agreed to develop deep cooperation with Ukraine that can joint NEA in future.

Starting from 1997, Ukraine is an observer in ОЕСD Steel Committee (starting from 2012 – the associated member). In 2008-2011, Ukraine obtained the status of the member of ОЕСD State Control Committee, Economic and Social Development Committee and the Working Group on the Small and Medium Enterprise Development.

The cooperation with ОЕСD was strengthened as a part of European integration course of Ukraine. In January 2012, the Ministry of Economic Development and Trade of Ukraine officially stated that Ukraine is aimed for obtaining the status of ОЕСD full-standing member. The Action Plan, that envisages the direct participation of Ukrainian governmental authorities in the work of major ОЕСD commissions with submission of quarterly reports to the Ministry of Economic Development and Trade of Ukraine, was developed in compliance with the Cabinet Resolution No. 123-r dated February 6, 2013. This process was interrupted in spring 2013 but ОЕСD statement of March 13 demonstrates the ОЕСD good will to continue the cooperation based on the Memorandum of understanding between the Government of Ukraine and OECD on deeper cooperation signed on October 7, 2014. This document is related to the development of common policy in the field of anticorruption efforts, governmental control and regulation of certain economic sectors including by means of the involvement of Ukraine in the work of corresponding OECD authorities. Nuclear cooperation is not envisaged by this Memorandum but the list of planned cooperation can be extended based on the letter of consent of both parties.

Among basic cooperation areas, it is necessary to point out the following:

The SNRIU international cooperation for 2014