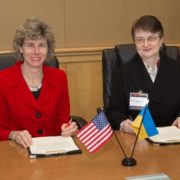 During the last 15-20 years, terms such as “security of nuclear materials and nuclear facilities”, “illicit trafficking of nuclear materials”, “nuclear security”, “nuclear terrorism”, “radiation or radiological terrorism”, “dirty bomb” and others have been widely used in discussions of problems related to further development of nuclear technologies in official documents and mass media due to the rapid growth of terrorism threat and distribution of nuclear weapons. In this relatively new context, we continue to meet the well-known term “nuclear safety”. It is reasonable to mention, at least, the 2010 Nuclear Security Summit in Washington D. C. (1). It should be noted that this event was focused on issues of preventing nuclear terrorism. At the same time, the sphere of countering illegal (terroristic in the worst case scenario) actions with regard to nuclear materials and nuclear facilities is known under another name in the IAEA documents, “nuclear security”.

Unfortunately, here we face specific terminological problems. If we analyze the situation with the term “физическая ядерная безопасность” and its equivalent in English, “nuclear security”, we will not find a generally approved approach to its use at international and national levels.

This caused misunderstandings in translating the derivatives of “security” and “safety” terms from English: namely “nuclear security” and “nuclear safety”, which were both translated into Ukrainian as “ядерна безпека” until a certain moment, though these English terms have some fundamental differences in the sphere of nuclear energy.

As far as this issue is concerned, it is reasonable to give definitions of the terms nuclear security and nuclear safety used in IAEA publications (3).

The prevention and detection of, and response to, theft, sabotage, unauthorized access, illegal transfer or other malicious acts involving nuclear material, other radioactive substances or their associated facilities (4).

The achievement of proper operating conditions, prevention of accidents or mitigation of accident consequences, resulting in protection of workers, the public and the environment from undue radiation hazards (5).

If we thoroughly analyze the abovementioned definitions, it is possible to conclude that the significant difference between them is explained by the fact that practically inverse pairs “subject – object” correspond to them in the sphere of nuclear energy. When it comes to “nuclear safety”, it is meant to protect personnel, the public and the environment against an adverse effect from the use of nuclear technologies (nuclear materials, nuclear facilities etc.). In other words, nuclear technologies are the subject and personnel, the public and the environment are the object. When “nuclear security” is concerned, the situation totally changes: in this case nuclear technologies (materials, facilities and others) are considered the object (potential object) of malicious illegal or unauthorized acts from separate individuals or groups of individuals (subjects).

If the national level is considered, a general approach is absent. Although IAEA documents and publications in Russian use “физическая ядерная безопасность”, Russia’s official documents on nuclear materials and nuclear installations prefer “nuclear safety” as translation for “nuclear security”. Therefore, when this term is used in Russian documents, the specific meaning should be defined from the context. But, for example, the attempt to describe IAEA activities and structure using such a “contextual” approach would face rather serious difficulties.

In Ukraine in 2008 the national regulator (SNRIU) issued a document where the English term “nuclear security culture” is translated into Ukrainian as “культура захищеності” (6), that means that “nuclear security” was translated as “захищеність”. This approach is acceptable for the area of use specified in the document, but does not solve all the issues, in particular, when they are discussed at the international level or when the entire set of issues concerning countering illegal trafficking of nuclear or other radioactive materials is meant.

It is obvious that activities of state authorities and other organizations in the said areas will be legitimate, timely and efficient only if they are governed by an improved regulatory framework for ensuring nuclear security at all levels (international, national, institutional, to be embodied at the level of institutions/organizations).

The necessary condition is to train and retrain personnel in the area of ensuring nuclear security (training of experts for state authorities, law enforcement bodies, representatives of special services, scientists, engineering and technical personnel, etc.). Long-term positive influence on the so-called “human factor” is ensured by efforts aimed at achieving the level of nuclear security culture which is adequate with present-day challenges and threats. In the majority of nuclear security areas, the great role is paid to the use of the newest technologies. That is why leading countries of the world pay much attention to scientific and technical research in this sphere (including engineering and technical measures of security, communication, measures for detection of illicit trafficking of nuclear and other radioactive materials, equipment for nuclear and criminalistics analysis etc.).

As is stated in the foreword to one of the recent IAEA documents on NPP safety (9), “The operation of nuclear power plants requires careful attention to safety, security and safeguards” (10). The objective of the first one is to prevent accidents and the objective of the second one is to prevent intentional actions which may have negative impacts on NPPs, including the ones resulting from acts of nuclear terrorism, or which may lead to theft of nuclear materials. Safeguards are aimed at prevention of the use of nuclear materials for military purposes. Despite the fact that these activities are focused on different purposes, they are interrelated. Measures taken to achieve one purpose have influence on the others.

Technical nuclear safety and nuclear security have the common objective to protect personnel, the public and the environment. Both safety and security measures are taken to prevent significant releases of radioactive materials. The majority of principles on which such protection is based are common. Moreover, many facility components or measures serve for increasing the efficiency of both aspects. As is stated in the abovementioned IAEA document, “the containment structure at a nuclear power plant serves to prevent a significant release of radioactive material to the environment in the event of an accident, while simultaneously providing a robust structure that protects the reactor from a terrorist assault. Similarly, controls to limit access to vital areas not only serve a safety function by preventing or limiting exposures of workers and controlling access for maintenance to qualified personnel, but also serve a security purpose by inhibiting unauthorized access by intruders” (11).

It is also necessary to mention that there are conditions in which measures on nuclear security may prevent achievement of objectives of technical nuclear safety and vice versa according to IAEA document INSAG-24. For example, arrangement of physical barriers with the objective to limit access of offenders (terrorists) may raise difficulties in ensuring rapid response in the event of a nuclear accident or limit possibilities for evacuating the personnel in the event of emergency situation. Another example of such “antagonism”: in terms of nuclear security, it is reasonable to arrange a protected position for conduct of fire by security services, which may have a negative impact on technical nuclear safety when conduct of fire may damage critically important equipment or limit access to such equipment.

The main areas concerning nuclear security have been described above. But practices in this sphere within international cooperation gave impulse to structuring of measures, primarily by their localization. What does it mean?

Since 1998 the USA started cooperation with Russia in the area on countering illicit trafficking of nuclear materials within the so-called Program “Second Line of Defense”, which was aimed at developing an efficient system of radiation monitoring at state borders of Russia. The program envisaged supply and installation of radiation monitoring equipment at the border and training of specialists for operation of such equipment. Later on, experience from the program was used in other countries, including Ukraine.

Similarly, all the measures aimed at ensuring nuclear security at the level of a nuclear facility received the name “First Line of Defense”. They included development and improvement of state-of-the-art systems for accounting and control of materials and security of nuclear materials and nuclear installations.

Such an approach is sometimes applied to the response to incidents related to failures of nuclear security, including incidents related to the illicit trafficking of nuclear and other radioactive materials, taking into account nuclear criminalistics analysis performed within nuclear forensics (12) as a part of measures on response the aim of which is to define sources of illicit trafficking of nuclear or other radioactive materials. The series of the mentioned measures in this case is called “Third Line of Defense”.

Cooperation of Ukraine with Nuclear Energy Agency of the Organization for Economic...