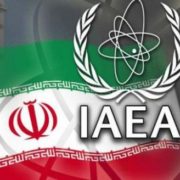 Mark Hibbs, Senior Associate in Carnegi Endowment for International Peace, defined three principal “messages” of the IAEA Board of Governors provided in the last Resolution adopted on 13 September 2012, which concern Iran’s nuclear program. The nuclear program of the Islamic Republic of Iran continues to attract attention of the international community. Despite the statements of Iran leaders on exclusively peaceful nature of nuclear energy uses, IAEA representatives express concern in relation to the abovementioned program, showing suspicion for intention to use nuclear materials for military purposes. Technologies such as uranium enrichment and treatment of nuclear fuel are significant elements of the nuclear fuel cycle and together with this they may be used for production of nuclear weapon components. Balancing of Iran between peaceful and military uses makes the world to take active measures aimed at non-proliferation of nuclear weapons. Within these efforts, the new IAEA Resolution (GOV/48) which criticizes authorities of the Islamic Republic for concealed activities in the nuclear sphere was adopted.

In Mark Hibbs’s opinion, there are three principal “messages” in this document. It is obvious that they mainly concern Iran, but he also stated that one of the messages is addressed to Israel.

A Message for Israel:

The necessity to carry out a comprehensive dialogue with Iran in order to restore confidence of the international community in exclusively peaceful nature of the nuclear program, as well as importance to reach the final purpose through step-by-step approach to the crisis situation are provided in the preamble of the abovementioned Resolution. This and paragraph 4 of the Resolution, which expresses “continuing support for a peaceful resolution” of the international community’s concern form a clear message directed at Israel not to use weapons in relation to the Islamic Republic of Iran.

It is necessary to remind that Israel many times threatened to use weapon if Iran does not stop concealed activities in the sphere of nuclear energy.

Paragraph 3 of the Resolution provides information on serious concern regarding the continued process of uranium enrichment in Iran contrary to the relevant Resolutions of IAEA and UN. This Resolution focuses on the fact that attention of the world community is paid to the wider range of nuclear objects which are located at the territory of IRAN. In such a way this shows greater distrust to activities of the Islamic Republic in the sphere of nuclear energy.

It is necessary to mention that authors of the Resolution did not use “inflammatory language” in the text, but focus on the importance of one more message which expresses their concern on the absence of cooperation of Iran with IAEA. Hence, they appeal to the representatives of the Islamic Republic to participate in the process of negotiations with the objective to search consensus solution of the problem. There is an obvious assumption that further negotiations of Iran with P5+1 countries (China, France, Germany, Russian Federation, Great Britain and the United States of America) depend on the further policy of Obama’s reelected administration.

Radiation and Space: what you should know? (“Radiation” secrets the outer...
Scroll to top