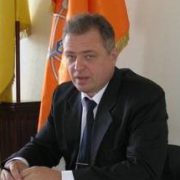 Serhiy Bozhko was appointed Chairperson of the State Nuclear Regulatory Inspectorate of Ukraine at the beginning of April 2014. A week before, the Cabinet of Ministers of Ukraine announced that negotiations with the U.S. Westinghouse Company would be launched to resume deliveries of U.S. nuclear fuel to Ukrainian NPPs. Earlier, national nuclear power plants used TVEL fuel of Russian production.

In 2012, U.S. fuel was unloaded from the South Ukraine NPP because damage of fuel assemblies was revealed. Thereafter, Russia remained the only supplier of nuclear fuel for Ukraine.

In spring 2014, the replacement of Russian fuel by U.S. one became a topical issue. The Russian mass media ‘forecasted’ a dozen of times that Ukrainian NPPs would inevitably face the second Chornobyl should they use American fuel. Moreover, Russian State Agency RIA Novosti contrived to misquote the IAEA and stated that American fuel was not suitable for Ukrainian NPPs.

Despite the information wars, at the beginning of June, Energoatom renewed the contract with Westinghouse.

In the interview for LIGABusinessInform, Serhiy Bozhko told about the progress in agreement of U.S. fuel operation and explained differences between the upgraded and previous Westinghouse fuel. He stated that dependence on Russian fuel is a threat to national safety.

– Energoatom made a decision to extend the contract with Westinghouse. What is the progress in agreeing the operation of improved U.S. fuel assemblies?

– We are talking about the improved fuel produced by Westinghouse; that is fuel whose design has been upgraded after the events in 2011-2012 when spacer grids in Westinghouse fuel assemblies (FA-W) were damaged.

The upgrading procedure includes four main stages. Stage 1 involves the development of a conceptual decision on implementation of upgraded fuel, including a licensing program, and its agreement with the SNRIU. Stage 2 is the development and agreement of a decision on trial operation. This is the main stage since the list of documents required to make the decision includes safety justification for fuel use. Stage 3 is the development of a technical decision on the first loading of upgraded fuel into the core and its agreement with the regulator. Stage 4 is the termination of trial operation and use of fuel at other power units. The conceptual decision on fuel implementation with the licensing program has already been agreed for upgraded Westinghouse fuel assemblies (FA-WR).

– If everything proceeds in accordance with the licensing program, Westinghose fuel will be loaded into the reactor at the beginning of 2015, during the scheduled outage of SUNPP-3. It will be operated for several years with Russian TVEL fuel (mixed core) until the latter is completely replaced.

– What are the conceptual differences between improved FA-WR and previous FA-W? Which improvement did Westinghouse suggest?

– Westinghouse FA-W had one weak point: spacer grids. There were cases of their damage during loading operations at SUNPP-2 and SUNPP-3. In 2012, Westinghouse developed the concept for fuel improvement, which focused on the upgrading of spacer grids and a series of minor modifications in fuel design aimed at eliminating the revealed drawback. At first sight, the improvement concept is sufficiently reasoned and obvious, but correctness of the engineering solutions should be proved by tests of the improved assembly in simulated mixed core conditions and by experience in fuel loading operations in real plant conditions.

– Like Westinghouse, TVEL constantly improves its assemblies. The question arises about safety of simultaneous operation of these assemblies.

– We have strictly regulated issues of safety justification, including those for mixed cores. Therefore, I do not see any specific problems with this. The regulator requires that all the changes that can affect safe operation of nuclear fuel, including mixed core conditions, be subjected to comprehensive regulatory assessment and subsequent agreement.

Dependence on a single supplier can become a threat to national safety. This involves political, man-induced and natural risks.

– Serhiy Kirienko, Head of Rosatom, stated that the decision to operate Westinghouse fuel at Ukrainian NPPs was rather political and could affect Ukraine’s energy safety.

– This is not quite right. The SNRIU’s safety assessments are guided exclusively by requirements of the national legislation and documentation of international organizations such as the IAEA and Western European Nuclear Regulators’ Association (WENRA). Such statements are rather related to the fact that Russia in this case will lose part of nuclear fuel market and suffer from significant financial losses (Ukraine spends annually $600 million for nuclear fuel purchases).

Nuclear fuel supply diversification is not just a “wishlist”, it is a necessity provided by the Energy Strategy until 2030. It is dependence on one monopoly supplier that involves threats to national energy safety, such as political and technological risks. No other methods to overcome or minimize such risks have been found in the world but diversification of supply sources. At the same time, it should be understood that the nuclear regulatory authority shall consider any possible options for nuclear fuel suppliers proposed by the operator, and the only requirement of the SNRIU is to comply with the national nuclear legislation.

– In other words, the statements that operation of U.S. fuel is unsafe are groundless?

– Integrity of nuclear fuel is the main indicator of its safety. None leaky Westinghouse fuel assembly was detected during FA-W operation (that lasted about four years). It should be well understood that the issues with Westinghouse fuel occurred during fuel loading but not operation.

– Will the appearance of a competitor such as Westinghouse reduce the price for Russian fuel?

– I am not an expert in pricing and can hardly answer this question. Nevertheless, healthy competition will obviously influence the price.

– Russian mass media have released statement of an IAEA representative that the replacement of Russian fuel by American one is hazardous for safety.

– When a license will be issued for construction of the centralized spent fuel storage facility (CSFSF) in the Chernobyl zone?

– A license for CSFSF construction and commissioning is issued after the SNRIU agrees the preliminary safety analysis report (PSAR) and the Cabinet of Ministers of Ukraine approves the design of this nuclear facility. So far, these two documents have not been submitted for review to the SNRIU. Nevertheless, U.S. Holtec International, which won the tender for CSFSF construction, has experience in construction of similar facilities in the United States and Spain. It obtained positive conclusions (license) from the nuclear regulatory authorities of these countries.

– Why does Ukraine need this storage facility?

– CSFSF is designed for long-term storage of fuel from Rivne, Khmelnitsky and South Ukraine NPPs for not less than 100 years. Currently, spent fuel is sent for storage to Russia, and Ukraine has to pay for this. Furthermore, in accordance with nuclear safety requirements, each NPP shall envisage place for potential nuclear fuel unloading from the reactor at any operating stage. In any situation when nuclear fuel is accumulated in the cooling pool and cannot be subsequently removed, the power unit is required to be shut down. Therefore, the CSFSF design is, inter alia, aimed at increasing the energy safety of Ukraine.

– When does the State Nuclear Regulatory Inspectorate of Ukraine plan to make a decision on TVSA-12 operation at RNPP-4?

– It depends on Energoatom. We agreed the conceptual decision on TVSA-12 implementation and the technical decision on trial operation.

– Were any decisions made to limit fuel transportation through the territory of Ukraine due to the events in the country?

– Yes, such decisions were made. In February this year, the SNRIU suspended transfer of any nuclear material through the territory of the country considering information of the law enforcement bodies. All prohibitions have been eliminated, spent fuel is exported, and fresh fuel is delivered. The physical protection system is efficient, fuel is protected, and special routes have been developed. All operations are conducted in normal mode.

Lessons Learnt from Chornobyl: from Tragedy to Prospects