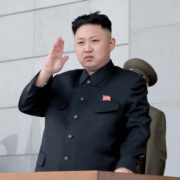 (CNN)North Korea has announced it has successfully conducted a hydrogen nuclear test, a marked step towards the nation’s ambitions to be a “nuclear weapons state both in name and reality.”

Wednesday’s test comes just weeks after Pyongyang said that it had added a hydrogen bomb to its arsenal, though at the time experts cast great doubt on the truth of the claim.

Experts previously estimated that the Democratic People’s Republic of Korea (DPRK), as the country is also known, may have as many as a dozen nuclear weapons already, and was developing more. According to a recent report by the U.S.-Korea Institute at SAIS, “by 2020, the North could have anywhere from 20 to 100 nuclear weapons,” capable of hitting Japan and South Korea and even the U.S.

So how did we get here?

“The traditional view was that what the North Koreans really wanted was legitimacy for their regime and would be willing to trade nuclear weapons for better relations,” says Jeffrey Lewis, Director of the East Asia Nonproliferation Program at the James Martin Center for Nonproliferation Studies.

“During the 1990s and early 2000s, [North Korea] was willing to trade away significant elements of its nuclear program for various concessions at different times,” writes Shane Smith, a senior research fellow at the U.S. National Defense University, in a report on Pyongyang’s changing nuclear strategy.

“However, those days appear to be gone for the foreseeable future.”

Under leader Kim Jong Il, at times the North accepted inspection by the International Atomic Energy Agency; took part in Six-Party Talks with the U.S., China, South Korea, Japan and Russia; and even agreed to roll-back parts of its nuclear program in return for the lifting of economic sanctions.

Kim Jong Un’s regime however, has behaved entirely differently to that of his father’s. The younger Kim inherited a program that had already conducted two apparently successful nuclear tests, and would go on to carry out a third.

Analysts agree that the Kim regime may already have around a dozen nuclear warheads, and according to Chinese nuclear experts, that number may be as high as 20

This has led to an altogether more bullish Pyongyang. One that, according to a foreign ministry spokesman, views its nuclear program as an “essential means to protect its sovereignty and vital rights.”

If even low estimations of nuclear weapons capability are correct, North Korea will have essentially leapfrogged the demands of the Six-Party Talks, perhaps meaning that the entire program of the discussions will have to be thrown out, if and when they restart.

“If [assessments are correct], then the plutonium program that the U.S. and members of the Six-Party talks had been negotiating over this past quarter century would suddenly seem trivial,” according to Victor Cha, Korea chair at the Center for Strategic and International Studies.

“The old idea that they would give everything up and join the family of nations is done,” said Lewis.

Cha says that North Korea’s activities may already meet the definition of a runaway nuclear weapons program, “with the potential to be fueled by a large supply of raw uranium buried in North Korea’s mines.”

Pyongyang previously claimed it has been able to miniaturize nuclear weapons, an essential step in creating Intercontinental Ballistic Missiles (ICBMs) capable of striking the U.S.

“We have had the capability of miniaturizing nuclear warheads, as well as producing multiform weapons, for some time,” the North Korean military said in a statement carried by the state-run Korean Central News Agency in May.

“We can also guarantee the accuracy not only of short-to-mid-range but also long-range rocket launches, for which we have had the technology for a long time,” the statement said.

While experts are dubious as to the accuracy of these claims, undoubtedly Pyongyang is working towards miniaturization, and has recently tested submarine-launched ballistic missiles (SLBMs), which would give it the capability to strike Hawaii.

Japan and South Korea are also at high risk, under threat of existing North Korean missile technology that could be mounted with nuclear warheads.

Most attempts to contain North Korea and prevent it from achieving nuclear weapons have focused on China, Pyongyang’s only real ally.

China has been a driving force behind the Six-Party Talks and says it “resolutely” opposes the Kim regime’s attempts to build atomic weapons.

If estimations are correct however then Beijing, as well as Washington, will have failed to prevent a nuclearized Korean peninsula.

“What China does not want is a dramatic implosion of North Korea, or a kinetic weapons war on its doorstep,” said Jasper Kim, director of the Center for Conflict Management at Seoul’s Ewha University.

However, he said that the next generation of Chinese leaders, without direct experience of the Korean War and with less attachment to Pyongyang, may be willing to consider “regime transformation or regime change.”

“But the risk of implosion would have to outweigh the benefit of the status quo.”

“The Chinese have got a complicated calculation,” said Lewis.

“They’re constantly balancing how much pressure they can put on them while still having some influence.”

It’s difficult to estimate what the international community, including China, could do at this point. Pyongyang has shown little indication that it would consider disarmament, with a senior regime spokesman describing the nuclear program as an “essential means to protect its sovereignty and vital rights.”

Nor have previous talks shown much success. At the beginning of the Six-Party Talks in 2003, North Korea was a proliferation risk, believed to be seeking nuclear weapons but a long way from achieving that goal.

Today, Pyongyang is a self described “nuclear weapons state”, with an arsenal capable of at the very least wiping out its southerly neighbor. Another 12 years of talks may only strengthen Kim’s hand further.

Statement by the HR/VP Federica Mogherini on the alleged nuclear test in DP...
Scroll to top