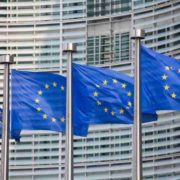 The government of the Democratic People’s Republic of Korea (DPRK) has stated that it carried out a nuclear test this morning.

If confirmed, this action would represent a grave violation of the DPRK’s international obligations not to produce or test nuclear weapons, as determined by several United Nations Security Council Resolutions, and a threat to the peace and security of the entire North East Asia region.

I call on the DPRK to re-engage in a credible and meaningful dialogue with the international community, in particular in the framework of the Six-Party Talks, and to cease this illegal and dangerous behaviour.

We will work with the UN Security Council, which will meet later today in urgent session to address this issue.

How North Korea’s nuclear program went from threats to reality