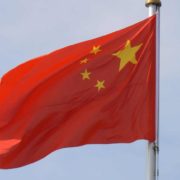 China has cleared another obstacle to building its first nuclear waste “incinerator” to help address its energy needs as scientists have developed a steel alloy that can be used in the core of a special kind of nuclear reactor for the first time , according to the Chinese Academy of Sciences (CAS).

This new material wins where others fail due partly to its longevity: it will be able to withstand decades of being battered by insanely hot energy beams at the facility being built in coastal Guangdong, pundits say.

The government plans to have the new facility completed by 2022 but large-scale commercial operations may take another decade, it said.

China has embarked on an ambitious plan to triple its nuclear-power-generation capacity within four years. As part of this, it is also preparing to have a meltdown-proof nuclear reactor ready by November 2017 in Shandong province. But kinks still need to be ironed out to improve efficiency and safety at the new reactors, as most of the pre-existing ones are highly inefficient.

The majority utilise just 1 per cent of all the energy produced from expensive nuclear fuel while also generating vast amounts of radioactive waste that will take hundreds of thousands of years to decay to levels considered safe.

The new steel alloy, known as SIMP, could be a game-changer, pundits say. It is considered tough enough for use in most of the components in the facility currently being built in a village in Huidong county in the southern Chinese province.

Called the China Initiative Accelerator Driven System, or CIADS project,the facility stretches over 60 hectares, making it almost as large as the Forbidden City complex in Beijing.

The reactor inside will use a powerful particle accelerator to “burn up” radioactive waste from commercial nuclear power stations and use the resulting heat to generate energy – in this case, electricity – much like a regular incineration plant.

But the operational temperature at the core of the facility will be twice as high as that seen in commercial reactors, thus requiring the use of a special material like SIMP to ensure safety, according to the team that created the alloy.

Moreover, the accelerator-driven reactor will constantly be bombarded by high-energy particles that are radioactive. Unlike commercial reactors in use today, which are cooled by water, it will be cooled by highly corrosive liquid metals.

Given the high demands to be placed on the facility, new materials have been sought as no steel product was considered able to withstand such hammering for longer than a decade or two without suffering considerable damage.

But a research team specialising in materials science managed to create the first high-performance steel alloy that can meet the requirements of industrial production for the nuclear sector, according to a statement posted on the website of the Chinese Academy of Sciences earlier this month.

The team was led by Professor Yang Ke at the Institute of Metal Research in Shenyang, in northern China’s Liaoning province.

“There is no material like it in China or in the rest of the world,” the academy said, adding that the latest breakthrough “will significantly accelerate the research and development of the accelerator-driven system for nuclear-waste handling”.

Yang and his team could not immediately be reached for comment.

According to a tender notice issued by the academy’s Institute of Modern Physics last month, an engineering survey will be launched this year to assess environmental factors such as geophysical stability that may affect the construction and operation of the CIADS project.

The project will use a massive accelerator to generate high-energy protons, or subatomic particles with a positive charge. Once the beam is fired at a tungsten target, it will cause fast-moving neutrons to bounce off it and split radioactive atoms like plutonium-239 that are produced as nuclear waste.

Any commercial incinerator built in the future would be considerably bigger than the CIADS facility – big enough to clean up the waste produced by 10 nuclear reactors.

By 2020, China is expected to have 30 nuclear power reactors in operation on the mainland, with another 24 still under construction, according to the government’s plan.

The technology developed for the CIADS project will increase fuel efficiency to over 95 per cent and make all of the nuclear waste completely safe in under 500 years, according to the CAS.

One nuclear scientist in China said the new facility in Guangdong will be safer than other nuclear power plants because it can be stopped at any time simply by switching off the particle accelerator.

“It will never spin out of control like Chernobyl or Fukushima,” he said, referring to two of the biggest nuclear spills in history – one in Ukraine in 1986 and the other in Japan in 2011 after an earthquake- and tsunami-inspired meltdown. The scientist declined to be named.

However, a number of technical problems relating to the accelerator-driven reactor have yet to be solved, he said, voicing concern about the long-term stability of the proton beams used.

He also questioned whether the nuclear waste could really be made that safe given that the neutrons will not be able to reach matter far from the core.

Technical, financial and other obstacles have hindered similar projects in several countries including the United States, Japan, Russia and parts of Europe.

The US Department of Energy plans to build a similar facility in Ukraine but the project has been postponed due to war in the region.