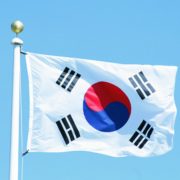 Amid continuing North Korean nuclear and missile testing, some South Korean policymakers and analysts have suggested that it may be time for Seoul to restart its own nuclear weapons program. However, South Korean politics expert Troy Stangarone notes, that’s something far easier said than done.

“North Korea has conducted four nuclear tests, pushed boundaries with its missile tests, is pursuing second strike capabilities, and shows no indication of slowing down,” Stangarone, the senior director for Congressional Affairs and Trade at the Washington-based Korea Economic Institute of America, writes, in an article for The National Interest.In response, the analyst recalls, Seoul has suspended South Korean firms’ operations at the Kaesong Industrial Complex, a joint industrial project located in the North Korean border city of Kaesong.

The closure of the complex, Stangarone notes, is part a series of measures by South Korea “to create leverage internationally to convince Pyongyang to abandon its nuclear ambitions.” Some in Seoul and Washington, however, “are suggesting that South Korea should consider developing its own nuclear umbrella as leverage in talks with North Korea.” “However, this would be much more difficult than proponents generally acknowledge,” the analyst explains.

Why Seoul is Weighing Its Options Over the Bomb

“Since abandoning its own pursuit of nuclear weapons in the 1970s, South Korea has relied on [the] United States’ nuclear umbrella for extended deterrence to prevent either a large scale invasion by the North or a nuclear attack,” Stangarone recalls. Today, however, with North Korea continuing to pursue its nuclear and missile programs, some experts and policymakers are looking to dust off the old plans.

“Arguments in favor of South Korea developing an independent nuclear deterrent tend to center around four arguments. First, that once North Korea has a range of deployable nuclear weapons with a second strike capability, the military balance on the peninsula will have changed in a dangerous way.”

“Second, that the international community has been ineffective in convincing North Korea to give up its nuclear weapons program…As a result, South Korea [is perceived as needing] to take responsibility for its own defense.”

“Third, that whether now or in the future, the protection of the United States might become untenable. This is often expressed in the question of whether the United States would risk Los Angeles to save Seoul, or concerns over future US defense cuts.”

Finally, the analyst notes, some in Seoul who believe “that the prospect of a nuclear armed South Korea, and potentially Japan, might focus minds in Beijing on resolving the problem of North Korea.”

Domestic support for a nuclear weapon, Stangarone suggests, is also on the rise, with a Reuters survey of South Korean media from earlier this month suggesting that between 52% to 67% of South Koreans are in favor.

Despite the arguments in favor of a homegrown nuke, and apparent public support, it remains improbable that Seoul will be willing to go down that road.

“South Koreans,” Stangarone notes, “are rarely asked if they would be willing to bear the costs of a domestic nuclear weapon. That cost would likely come in the form of diminished international standing, economic hardship, and uncertain strategic benefits.”

Reason #1: South Korea Does Not Want to Join the North as a Pariah

“For South Korea to develop its own nuclear weapons program it would have to join North Korea as the only country to withdraw from the Nuclear Non-Proliferation Treaty (NPT), an ignominious club for sure,” the analyst points out.

“Withdrawal would [also] dent Seoul’s growing international standing and make it the only member of MIKTA [an association of major middle powers including Mexico, Indonesia, South Korea, Turkey and Australia] to have a nuclear weapon, something which would not enhance South Korea’s middle power prestige.”

Reason #2: Lack of Desire to Join the North Off the Grid

Even if South Korea was willing to take the hit to its international standing, there are also critically important economic costs to consider, Stangarone explains.

“Developing a nuclear weapon would have consequences for South Korea’s own nuclear industry,” and subsequently, its electricity supply. “Nuclear power provides a third of South Korea’s electricity and represents 13% of its primary energy consumption.”

“Lacking adequate domestic reserves of nuclear fuel, South Korea is dependent upon members of the Nuclear Suppliers Group, which conditions supply on the non-proliferation of nuclear weapons. Pursuing a nuclear option would put the fuel supply for South Korea’s domestic reactors at risk.”

Taking account of the fact that South Korea “has designs on becoming a major exporter of nuclear power plants,” its multi-billion dollar deals with countries including the UAE and Jordan, “and any future potential exports would [also] be put at risk” were Seoul to weaponize the atom.

Furthermore, the analyst notes, the country could also potentially face economic sanctions. “Iran and North Korea have both faced significant financial and economic sanctions for their pursuit of nuclear weapons, while India and Pakistan faced sanctions as well. Because South Korea is perhaps one of the world’s most trade-dependent nations, it would be especially vulnerable to external economic pressure.”

Given the apparent “clear and present danger” to the country’s security in the form of North Korean nukes, Stangarone says, “it is hard to know what the consequences might be if Seoul chose the nuclear option.”

“Perhaps the international community would look upon South Korea’s choice with a greater degree of understanding and acceptance than other nations, limiting any economic consequences. However, there are no assurances that [this] will be the case.”

The final, and perhaps most important reason that it would be unwise for Seoul to consider going nuclear, Stangarone argues, is the strategic cost.

“From a strategic perspective, the decision to go nuclear could focus minds in Beijing, but in ways that Seoul might not want,” the analyst suggests. “China has been vigorous in its objections to South Korean consideration of deploying the THAAD missile defense system. Beijing would likely object even more strenuously to a South Korean nuclear weapons program, especially if it opened the door to a Japanese nuclear program.”

Furthermore, “while talks with North Korea have not produced results to date, a South Korean nuclear program could end up merely serving as justification for the North’s program and entrench a nuclear peninsular rather than help to spur talks.”In fact, Stangarone argues, “there is also no certainty that such a move would not damage relations with the United States, which was almost a consequence of South Korea’s prior nuclear weapons.”

Ultimately, the analyst says, so long as the US nuclear umbrella “remains credible,” the “potential downsides of a South Korean nuclear weapon would far outweigh the uncertain upside.”