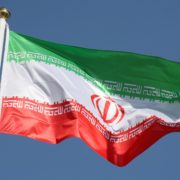 Kiev and Tehran have agreed on the participation of the Ukrainian enterprises in the modernization of Iran’s energy infrastructure, the Ukrainian Ministry of Energy and Coal Industry announced Tuesday.

Earlier in the day, a Ukrainian delegation took part in the meeting of the Intergovernmental Ukrainian-Iranian Joint Commission on Economic and Trade Cooperation in Tehran.
“Ukraine and Iran have agreed to start the work on the involvement of Ukrainian enterprises in the modernization of Iran’s energy infrastructure and the production of thermal and hydro energy. In particular, it concerns the construction and modernization of electricity grid of 400 kilovolts,” the ministry said in a statement.

The possibility of attracting Ukrainian specialists to the maintenance, upgrading and provision of security for the projects at the Bushehr Nuclear Power Plant was discussed as well, the statement highlighted.

The Iranian side, in turn, expressed its readiness to participate in the modernization of the Ukrainian gas transport system and organize oil and gas deliveries to Odesa from Iran’s South Pars via Turkey and Ukraine to Europe.

The Iranian energy minister has also expressed interest in Tehran’s participation in the privatization of energy facilities in Ukraine.