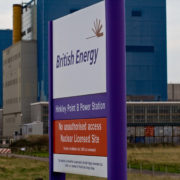 French utility firm EDF has said it will not delay a decision on building two nuclear reactors in the south west of England even though the company’s Finance Director Thomas Piquemal has quit in protest because he said the project is too risky.

Piquemal believes the 23 billion euro cost of the Hinkley Point power plant could threaten EDF’s stability and future given that it is already under major financial pressure:

Mike Ingram, a Market Analyst with BGC Partners, explained EDF does have problems from demands on its finances: “They cut operational costs by something like 300 million euros last year, there’s another 700 million euros to come out this year but frankly this is a drop in the ocean compared to the financing commitments that the company supposedly has to make, particularly in respect of Hinkley Point.”

The project is a partnership between French state-controlled EDF and Chinese group CGN and the French and British governments both said they still back it despite concerns raised even by some of EDF’s directors and union representatives who want a decision delayed.

EDF Chief Executive Officer Jean-Bernard Levy said in a statement that he regretted “the haste” of Piquemal’s departure.

He added: “With the support of its shareholder, the state, EDF can confirm that it is looking to invest in two reactors at Hinkley Point under the best possible financial conditions for the group.”

“I can understand that the Chief Financial Officer wanted to play for a little bit more time, maybe pass on a commitment to Hinkley Point for perhaps another two or three years, help the EDF balance sheet to recover, but ultimately he doesn’t sound as though he had the backing of the Chief Executive Officer. One cannot help but feel that there is a political dimension to all of this, not only in respect of perhaps interference from the French government – which at the end of the day still owns 85 percent of EDF – but perhaps from the UK government as well because this is a flagship project and of course it all comes against the backdrop of the ongoing Brexitdebate,” added analyst Mike Ingram.

Pillar of the French-British relationship

French President Francois Hollande and British Prime Minister David Cameron discussed the project at an annual summit just days earlier, calling it a pillar of the French-British relationship. The reactors, and others to follow, are central to Britain’s energy strategy to replace its aging nuclear plants.

After Piquemal’s resignation the French Economy Minister Emmanuel Macron insisted Hinkley Point will be profitable even though its based on a prototype reactor facing technical problems, big delays and cost overruns designed by Areva, a loss-making mostly French state-owned company.