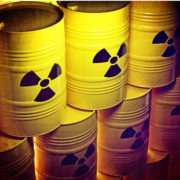 The representatives of the Ministry of External Affairs of Russia expressed deep concerns about the TVS-WR nuclear fuel loading (Westinghouse) in the core of Zaporizhzhya NPP unit 5. Mykhailo Ulianov, Director for Non-Proliferation and Arms Control of Ministry of External Affairs of Russia, said that uninterrupted operation of Ukrainian NPPs applying fuel other than of Russian origin would be unlikely and would probably lead to emergencies that occurred many times at reactors of Russian design both in Ukraine and abroad.

Very often politicians and representatives of the mass media in Russia hold up as an example the negative experience in operation of Westinghouse fuel at Temelin NPP (Czech Republic). In 2005, there were certain problems in using fuel assemblies of U.S. origin. Consequently, fuel assemblies were unloaded ahead of schedule and subsequently announced tender for the fuel supply was won by TVEL Company (Russian Federation).

It is needed to state that the management of CEZ Company (Czech Republic) signed the agreement with Westinghouse Electric Company on the supply of six trial fuel assemblies to Temelin NPP. According to CEZ management, restored cooperation with Westinghouse fully complies with the European Energy Security Strategy, in particular “…general diversification of nuclear fuel sources is the priority for all NPP operating organizations”.

In 2012, certain problems in operation of U.S. nuclear fuel occurred at South Ukraine NPP (Ukraine). External rim of spacer grids in fuel assemblies was partially deformed, after which they were removed from the core. Despite the fact that all Westinghouse fuel preserved its integrity, its operation was suspended.

In May 2014, Westinghouse completed the set of bench tests of advanced fuel assemblies. Implemented modifications significantly improved fuel characteristics, including their strength properties. Close cooperation with the U.S. company was continued: Energoatom Company and Westinghouse Electric Company signed the agreement on extended supply of nuclear fuel to Ukrainian NPPs to 2020.

It is interesting that Russian politicians usually give reference to the negative experience in operation of U.S. nuclear fuel. However, they never mention drawbacks of nuclear fuel by TVEL Company. During VI International Forum “Fuel and Energy Complex of Ukraine: the Present and the Future” in 2008, the report was presented, which was first to publish information on the number of unsealed and deformed fuel assemblies of TVEL origin, which were revealed during their operation at Ukrainian NPPs.

At the same time, operating experience showed that during 2003-2007, the trend in failures of advanced Russian fuel assemblies decreased (from 41 case in 2003 to nine cases in 2007). However, due to drawbacks in the design of these fuel assemblies revealed in 1999-2000, Energoatom Company refused of their further use at Ukrainian NPPs.

During implementation of new fuel modifications in trial operation, problems occurred in both Westinghouse and TVEL Companies. According to results of gained operating experience, these companies improved designs of their fuel assemblies.

It is also interesting that TVEL Company also produces fuel assemblies for Western reactor types. In 2014, pilot loading of Russian assemblies TVS-K was performed at Ringhals nuclear power plant (Sweden). In May 2016, the relevant agreement was signed between the Russian Federation and General Electric, Hitachi and Toshiba on creation of Global Nuclear Fuel Americas Company for promotion of TVS-K in the USA.

Therefore, one cannot load nuclear fuel of Western origin into Soviet design reactors, because this will likely lead to the accidents. At the same time, there are no problems with loading of Russian origin fuel into Western design reactors.

At present, diversification of nuclear fuel supplies is a strategical issue for Ukraine in order to ensure energy independence of the state and national security. The SNRIU once again stated that implementation of Westinghouse fuel fully complies with requirements of national legislation, IAEA standards and best international practices.

“NUCLEAR BURIAL” NEAR KYIV OR HOW RADIOPHOBIA IS USED IN INFORMATION WA...
Scroll to top