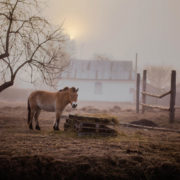 The President of Ukraine Petro Poroshenko has signed the law on the legal status of the territory contaminated as a result of Chornobyl disaster. The decree on creation of the biosphere reserve in Chornobyl was signed simultaneously with the abovementioned law.

The official website of the President of Ukraine informs that the Chornobyl Radioecological Biosphere Reserve was created to preserve Polissya ecosystem in natural state, increase the barrier function of Chornobyl Exclusion Zone and Area of Unconditional (Mandatory) Resettlement, stabilize the hydrological regime, ensure recovery of territories contaminated by radionuclides and holding of international research efforts.

What would it be?

Yaroslav Movchan, Head of the National Ecological Centre of Ukraine, has mentioned that one shall understand that, first of all, Chornobyl reserve will not cover the whole contaminated area. After all, except for the reserve itself, there is a large industrial area including ChNPP site, various disposals, the Shelter, etc. Of course, these objects will not be included into the biosphere reserve. According to Mr. Movchan, the biosphere reserve shall cover only “natural” territory without economic activity, since the idea to create the “conservation” area envisages the opportunity for nature to recover.

We understand that the nature is one of the tools that can help the humankind in the nearest future. The more nature, the safer and the better. So it is good when we give the opportunity for the nature to recover, said the ecologist.

Volodymyr Boreyko, Director of Kyiv Ecological and Cultural Center, says that if the economic activity is completely prohibited in the natural reserve, the biosphere reserve can be compared with multi-layer cake that includes biosphere, recreational and economic zones. For example, the scientist or guards can stay in the “biosphere” zone. The main thing is not to harm the nature.

What is the purpose of creation?

Pavlo Khazan, Coordinator of Energy and Sustainable Development of Public Organization “Zelenyi Svit”, thinks that, in any case, the creation of the biosphere reserve is better than, for example, delivery or accumulation of radioactive waste there or, what is worse, using the Exclusion Zone territory for agricultural or industrial purposes. Of course, the regime of Chornobyl biosphere reserve shall differ from the regime of other Ukrainian reserves due to high radiation level.

Mr. Khazan says that the issue of creation of the reserve at Chornobyl NPP have to be addressed in all details. The decision must be taken both by the biologists, experts on reserves and by nuclear physicists. In other words, different experts shall be involved in this project.

Currently, except the unsolved issues, we should wait for the establishment of the Reserve administration and for the recruitment of qualified personnel. We hope that this procedure, like all the rest, will be transparent.

In his turn, Volodymyr Boreyko, Director of Kyiv Ecological and Cultural Center, says that we have to use any opportunity to create as many reserves as possible. He says that we have only 5% of the reserves while Europe has 15%. If we move towards EU membership, the expert adds, we have to increase the area of the “natural ecosystems”.

But the issue is not in succession of European experience. Let’s say there are authoritative people who want to reduce Chornobyl zone and take it into private property or build their enterprises there. It means that Chornobyl zone gradually reduces. Therefore, according to Mr. Boreyko, the Exclusion Zone boundaries shall be clearly identified for such individuals not to split up Chornobyl territories.

In addition, Chornobyl territory is a huge wildlife area with unique flora and fauna. It is a place where the nature is renewed. As we know, Chornobyl forests became a home for rare brown bears that have returned after a century break, for lynxes, wild boars, moose deers, river otters, roes, foxes, wolves, deer, owls, cranes, Przewalski horses, black storks included, by the way, to the Red List of Threated Species and for many other unique animals. The great share for appearance of these species belongs to the enormous territory of the Exclusion Zone where it is possible to go wild practically without any human intrusion to the naturally balanced process.

What are the prospects?

With all that, the program of the biosphere reserves envisages the implementation of at least five basic tasks: except conservation, the program includes monitoring and activities focused on education and scientific research.

Yaroslav Movchan mentioned that since we understand that Chornobyl territory and the biosphere reserve territories include almost not contaminated areas, this provides people, who stayed there, with the long-term perspective of official residence and activity.

From the other hand, the creation of biosphere reserve in Chornobyl Exclusion Zone shall contribute to coordination of research programs. The experts underline that in future there shall be a possibility to expand this reserve to Zhytomyr Region, where the Drevlyanskyy Reserve is and to Belarus, where there is Polesie State Radioecological Reserve. According to Mr. Boreyko, in addition to the large wildlife area, that shall get a chance for recovery, such protected area have all chances to become the largest protected area, so to say, the largest natural reserve in Europe.

President Signed the Law on Regulation of Legal Issues on Territory Contaminated... 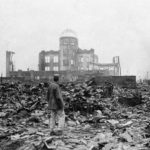