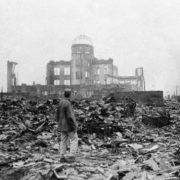 Today the international community celebrates the World Day for the Prohibition of Nuclear Weapons. Seventy years ago, on 6 August 1945, nuclear bomb was dropped on the Japanese city of Hiroshima. In three days, the city of Nagasaki suffered from the same tragic fate.

Both bombings were tragic days in history. More than 70 thousand people died from the explosion in Hiroshima and Nagasaki. Five years after the nuclear disaster, this figure exceeded 200 thousand people. According to the official statistics of Japan, the number of deaths rose to 413 thousand by August 2009.

In times of tragedy, the notion of “radioactive contamination” did not exist, so the people from Japanese cities were not evacuated. People who survived mostly remained in the ruined city. They tried to rebuild their homes. Nobody connected high mortality with the effects of radiation. Only later it became clear that the danger was not in the explosion, but in radiation that remained after. High radiation kills cells, causes radioactive burns, multiple illnesses and death. Low radiation leads to mutations whose consequences are difficult to predict. People suffer from cancer and their children have birth defects. Typically, these effects become evident many years after exposure.

According to the United Nations, 1,17 million people died from radiation and its terrible consequences from 1945. The Comprehensive Nuclear-Test-Ban Treaty was signed on 24 September 1994. Currently, it is joined by 179 countries, including Ukraine.

This day must serve as a reminder to mankind of the terrible consequences of nuclear accidents. The editorial board of Uatom.org joins the mourning day and it will continue to cover issues on the non-proliferation of nuclear weapons.

Currently, Chornobyl is a Reserve: What you Should Know about This 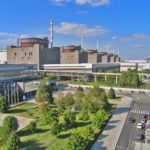 Zaporizhzhya NPP Not Affected by Earthquake
Scroll to top