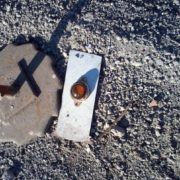 During the fourth quarter of 2016, the state nuclear and regulatory inspectorates of the SNRIU in cooperation with appropriate structures of other central executive bodies of Ukraine continued their activity aimed at revealing illicit trafficking of radioactive materials beyond regulatory monitoring. In October 2016, a dosimetrist of OJSC “Promindustriya” in the city of Kyiv revealed during the inspection of boxes on the territory of the enterprise two subjects, namely type E gamma source blocks used within radioisotope devices of process monitoring in metallurgical, chemical, construction, coal and other industry branches. During the inspection, the National Police of the Public Utility “Nikopolvodokanal” in the city of Nikopol revealed protective head of GAMMARID-170/400 gamma-flaw detector that was not appropriately registered, and included depleted uranium. 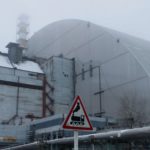