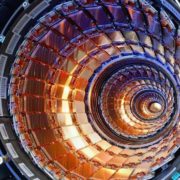 Six Ukrainian research institutions will be involved in projects of the European Organization for Nuclear Research (CERN).

The regular meeting of the Council of the European Organization for Nuclear Research (CERN) took place in which Ukraine first participated as an associate member of the organization. During the meeting of the Council, Director General of CERN presented the report and noted that 2016 was very important to the Large Hadron Collider; however, it is not the only important project implemented by the research center. There are several other large and small experiments related to accelerator technology, plasma physics, astrophysics, physics of neutrinos, proton and antiproton beams. Ukraine plans to involve six research institutes of the National Academy of Sciences of Ukraine exactly into these projects.

More active participation of Ukrainian scientists in CERN experiments will facilitate additional investment in Ukraine. The Ukrainian Industrialists will also get an opportunity to manufacture products for supply to the research center.

In addition, extension of educational programs for students is planned this year.

Notification of the Agreement between Ukraine and CERN was held on 1 October 2016. Ukraine was offered a unique form of cooperation: our country has become an associate member of CERN, thus, it should pay significantly less contributions than 22 member states of the organization.

CERN is the International Research Center of the European community and the largest laboratory for high-energy physics. About 12,000 researchers of 80 nationalities from 500 research centers and universities work nowadays on the CERN experimental equipment, and this is the half of all physicists and researchers of the micro world. CERN has a range of accelerators of charged particles the largest of which is the Large Hadron Collider launched in 2008-2010.

Radioactive Waste Burial Territory in the Zhytomyr Oblast was Remediated

What Causes Fauna Revival in the Chornobyl Zone?
Scroll to top