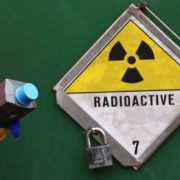 The Energoatom Company announced a tender for construction site arrangement for the centralized spent fuel storage facility (centralized SFSF) to be completed from 20 February to 20 August 2017.

According to tender documentation of the state enterprise, the estimated work cost in ProZorro system is 34,302 million UAH (including VAT).

In November 2016, Iurii Nedashkovsky, the President of the Energoatom Company, noted that all organizational and legislative issues for construction of the centralized SFSF were solved.

Construction of the centralized SFSF will allow the Energoatom Company significant decrease of its costs for management of spent fuel that is mainly transported for temporary storage to the Russian Federation. Spent fuel from six power units with WWER-1000 at Zaporizhzhya NPP is not transported to the Russian Federation; it is stored in dry SFSF near the plant commissioned in 2001.

Design and construction of the storage facility, supply of equipment, sharing Holtec technologies and storage facility commissioning was envisaged in 2015-2016. Holtec will ensure supply of 94 spent fuel storage systems for the centralized SFSF in whole, and further production will be implemented in Ukraine.

The Energoatom Company is the operator of all four operating Ukrainian NPPs. It operates 15 power units with WWER with total specified power of 13,835 GW.