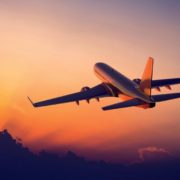 Pilots and passengers of planes flying at a maximum height receive the largest radiation exposure doses.

The scientists of the NASA performed a research to specify radiation dose received by a person during the flight by plane. In order to clarify this, the experts launched air balloon into the sky and performed necessary measurements on it.

The aircraft was launched toward New Mexico from Fort Sumner. Special equipment was installed on this air balloon to determine the radiation exposure level.

In order to obtain the data that are more reliable, the NASA decided to conduct an experiment codenamed Rad-X for two years. During this period, experts have used several air balloons that were launched into the sky to different distances from 26,000 to 120,000 feet.

NASA experts have made several discoveries during the experiment. Thus, radiation level depends on flight height: the greater is travel distance, the higher is fixed radiation level. Pilots and passengers of planes that flied at maximum height received the highest radiation doses. This fact is disturbing because pilots should be in the air during a long period.

Scientists stated that Earth’s magnetosphere could block hazardous radiation. This means, a person who stays close to its surface is less subjected to the risks of radiation exposure.

Proposal on Stepwise Replacement of X-ray Devices Designed in USSR

Ministry of Foreign Affairs Identified Priorities for Ukraine Presidency in...
Scroll to top