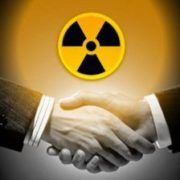 One of them is to support the disarmament and non-proliferation of nuclear weapon.

The priorities of Ukraine during the presidency in the UN Security Council of the United Nations will be resolving conflicts in Europe, combating terrorism and support to the disarmament and non-proliferation of nuclear weapon.

According to the notification of the Press Service of the Ministry of Foreign Affairs of Ukraine as of 01 February, the main priorities of the Ukrainian team in the UN Security Council are to ensure universal adherence to the purposes and principles of the UN Charter, resolve conflicts in Europe, combat terrorism, ensure peacekeeping in Africa and the Middle East, strengthen UN peacekeeping, support the disarmament and non-proliferation of nuclear weapon, and improve transparency, efficiency and performance of the UN Security Council.

“A busy work agenda is ahead, everybody understands great responsibility. We will fully rely on our team, they are ready to work 24 hours a day and seven days a week for the sake of peace and safety. Not only Ukraine but the whole world will be watching”, – said Volodymyr Yelchenko, the permanent representative of Ukraine to the UN.

As reported, on February 1 Ukraine started the presidency in the Security Council of the United Nations. The Presidency will last one month.

It is planned to consider the issue on the protection of critical infrastructure objects on 13 February and resolving the conflicts in Europe on 21 February.