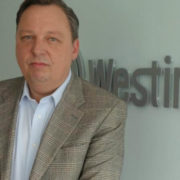 EXCLUSIVE / Unlike the five EU member states with Russian-built nuclear power plants, Ukraine is the only country implementing EU requirements for diversified portfolios of fuel supply, Michael Kirst, an official at Westinghouse.

Michael Kirst is vice-president of Strategy and External Relations for Europe, Middle East and Africa at Westinghouse Electric Company, the US multinational providing fuel, services and equipment for the nuclear industry.

It’s been a harsh winter in many European countries. Romania had to turn down an emergency energy request from Bulgaria, as consumption had peaked in both countries under unusually cold winter conditions. This happened despite the emergency response mechanism put in place at European level. Does it mean that this mechanism doesn’t work in exceptional conditions?

We see a threat that these type of conditions can happen over and over again. The Commission is supporting flexible energy. Because of the mandatory imposition of renewables, this policy creates less stability in the grid, and less stability in generation.

As you mentioned Bulgaria and Romania, if you are in the same climate zone, unless you are able to import electricity from Spain or from another country that doesn’t have the same weather pattern and has an excess of power, you are going to have this problem over and over again.

The view coming from the Commission essentially is that baseload power is no longer required, that countries will move to smaller and more flexible generation units that will allow each country to work the supply-demand on a daily or weekly basis depending on the weather and so and so forth.

That sounds wonderful, but it is not realistic.

Are you implying that countries cannot do without big generation suppliers, like nuclear power plants?

Yes, currently today there are two forms of baseload large energy projects, this is coal and nuclear. Gas is used primarily as a heating source. It will increasingly be an electricity source, like the big pipeline projects, such as Nord Stream 2 or Opal.

The only way renewables can be effective, as they cannot run 24 hours a day, is with a backup supply. And backup increasingly cannot be coal, because of the environmental issues and the price of CO2.

Therefore we are putting ourselves on a path where dependency on gas will become higher.

We discussed the case of Bulgaria and Romania, but this is applicable for almost any other region of the EU, right?

Absolutely. The weather issues this winter in Bulgaria and Romania have only highlighted the fact that you cannot necessarily assume that your neighbour can provide power when you need it. And the overall model that is being deployed is going to create further lack of stability and security of supply, because you have to rely on less clear energy sources.

Last time we spoke, you mentioned Westinghouse’s prospects in Poland, the largest EU country without nuclear capacity. Has anything happened since then?

We have met with the Poles on a couple of occasions. You probably have seen that the Poles have decided to step back a little bit, to reevaluate the whole financing scheme, and we actually applaud that.

Poland’s stated declaration is that they wish to move on a nuclear project on the basis of themselves having the capacity to choose the technology, without undue influence. What this means is that often substantial external finance is required from the vendor countries, and that [the project] becomes a banking contest, not a technology-focused choice.

Poland doesn’t want a foreign government to dictate this type of choice.

But Poland has plenty of coal.

Yes, and that coal increasingly needs to be offset by low-emission electricity. So while coal will remain on the Polish grid for a long time, with 90% of supply currently, that is not going to go down to zero anytime soon.

But to meet the 2020 and 2030 targets of the EU, they need to reduce their carbon footprint. They can reduce it with some wind farms or some solar panels, but a nuclear power plant will reduce their emissions footprint a lot more.

Nuclear is not a threat to coal. But in some ways, it provides Poles their necessary emissions offset.

Is Westinghouse also active in Ukraine, providing fuel for their nuclear power plants?

We are very active in Ukraine. We are very proud of our work there. We are now in a strategic relationship with Ukraine. This year we will provide six re-loads for their 13 VVER-1000 [Russia-built nuclear centrals], which makes Westinghouse provide about 30% of the country’s electricity.

However, we also have a force majeure clause in our contract, so if for whatever reason there is a supply disruption from another supplier, Westinghouse will supply all of the fuel. We have provided Ukraine with a security blanket, if they need us, we are there. And we believe this has been mutually beneficial. Ukraine told us that with our cooperation, their prices have gone down, and their fuel performance has gone up since Westinghouse has started competing with their existing supplier.

So Ukraine, which is not a EU member, better implements EU policy of making sure that there is a diversity of supply for Russia-built nuclear power plants?

We find this one the biggest ironies of this discussion. Maybe this is because the Ukrainians have more historical references for not having diversified nuclear fuel supply.

We are currently not supplying any fuel to any such EU countries today. In the past, we provided some to the Czech Republic and Finland. So those countries are under monopoly supply from one vendor, without any clear and qualified second supplier.

What about the Commission’s choice to look the other way in the case of Hungary, awarding Rosatom the building of the Paks central without a tender?

This decision is very disappointing. We know from the Paks management themselves that the AP 1000 was a very attractive and competitive option, and we were very willing and interested to compete on a transparent basis, but unfortunately we were not able to do that.

You probably believed you were very close to winning the contract?

Of course you know the reasons.

We have our theories, but we don’t wish to discuss them.