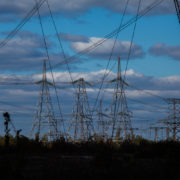 Ostap Semerak, Minister Ecology and Natural Resources of Ukraine, told that the Ministry has received 44 applications to construct solar power plants in the Chornobyl Exclusion Zone as of 28 February.

“We have already received 44 applications, and the companies requested from 20 to 1000 hectares of territories to be legalized for solar power plants”, said the Minister

He also said that applications would be received until 01 March.

According to Ostap Semerak, the European Bank for Reconstruction and Development (EBRD) will consider the issue on financing the construction of solar power plants in the Chornobyl Exclusion Zone.

13 international investors  are among companies wishing to get a permit to install 2 GW power solar panels.

It has also became known that a German company dealing with the construction of power plants based on renewable energy sources is interested in the project. It made an application for a 500 MW facility.

Ways and Measures to Guard Ukrainian NPPs
Scroll to top