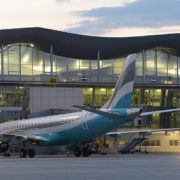 On Wednesday, 24 May, border guards detained in Boryspil airport a British citizen who tried to transport objects from the Chornobyl zone abroad.

The stationary system for detection of radioactive materials Yantar was actuated during border control.

“It was actuated in checking the luggage of a British citizen during his effort to fly to London. Detailed check of his luggage and hand-carried items detected that among things transported from Chornobyl, the 34-year-old foreigner had a clock with increased gamma radiation dose”, the border service stated.

The detected contaminated item was withdrawn.

Press Office of the State Border Service of Ukraine