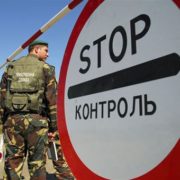 Border guards in Odessa revealed Cesium-137 radioisotope in timber cargo. This was reported by the press service of the Southern Regional Administration of the State Border Guard Service of Ukraine.

Device for detection of radioactive and nuclear material of Yantar type generated a signal at the crossing point of Belhorod-Dnestrovsky Sea Port during inspection of a truck.

After receiving the alarm signal, border guards sent the truck with lumber for further inspection.

The truck was driven by a citizen of Ukraine. The cargo was transported from northern regions of Ukraine, probably, from the Exclusion Zone. Further inspection of the car and lumber revealed industrial radioisotope Cesium-137, which is not typical of such cargos.

Law enforcement officers continue investigating the circumstances and determining the cargo origin among others. This case is considered a criminal offence according to Article 265 of the Criminal Code of Ukraine “Illegal Handling of Radioactive Material”. 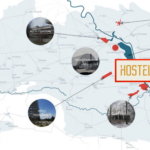