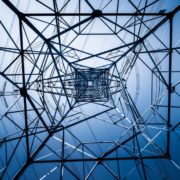 On 7 June 2017, the updated Energy Strategy of Ukraine until 2035 was presented.

Then the Minister of Energy and Coal Industry of Ukraine, Ihor Nasalyk, and Deputy Minister, Nataliia Boyko, presented the updated Energy Strategy of Ukraine until 2035.

Ihor Nasalyk noted that the new document “Energy Strategy of Ukraine until 2035: Safety, Energy Efficiency, Competitiveness” outlines the strategic areas for development of the fuel and energy system of Ukraine. He also noted that the Strategy would be implemented through an appropriate Action (implementation) Plan. Moreover, he added that after the development and adoption of the Action Plan, the Ministry of Energy and Coal Industry of Ukraine would continue the development of the regulatory framework to contribute to achieving the goals set by the Energy Strategy.

The Minister pointed out that the Energy Strategy of Ukraine is divided into three stages with respective priorities. In particular, the first stage is intended to reform the energy sector by 2020, the second stage deals with optimization and innovative development of energy infrastructure by 2025, and the third is sustainable development until 2035.

The Minister separately stressed the importance of fulfilling commitments undertaken by Ukraine within the Treaty establishing the Energy Community. “Implementation of the Third Energy Package is one of the priority tasks”, the Minister highlighted.

In answer to questions of people’s deputies on assessment of the US President actions for withdrawal from the Paris Agreement, the Minister, as a member of the Government, firmly stated that Ukraine had no plans to withdraw from the Paris Climate Agreement, but would rather apply efforts to fulfill its obligations. In particular, the provisions of the Paris agreement are reflected in the Energy Strategy of Ukraine until 2035.

Ihor Nasalyk also pointed out that the Energy Strategy is aimed at achieving energy independence. “The state should have its own resources rather than buy them. Therefore, the document envisages tasks to develop nuclear generation, gradually stop using anthracite coal, and increase national gas production to completely stop using the imported gas by 2020”, the Minister informed.

According to Ihor Nasalyk, the development of renewable energy sources and increase of their share in the balance of the country’s electric power are also important for Ukraine. Until 2035, this share should be 25%.

Deputy Minister for European Integration, Nataliia Boyko, reported on the development efforts and presented the key components of the Energy Strategy. In particular, she noted that the Energy Strategy until 2035 envisages its revision to incorporate new circumstances, conditions, and technologies. According to Nataliia Boyko, this is a normal practice for advanced European countries. She also outlined the priority tasks for each period.

“The Energy Strategy implementation should result in transformation of the fuel and energy sector of Ukraine from the problematic one, which requires continuous governmental support, into an up-to-date, competitive and efficient branch, for sustained long-term economic development”, Nataliia Boyko summed up.

The people’s deputies of Ukraine – members of the Committee, heads of national energy companies of Ukraine, scientists from the National Academy of Sciences of Ukraine and others participated in the discussion of the Energy Strategy.

Ministry of Energy and Coal Industry of Ukraine

Construction of Centralized SFSF is Another Step toward Energy Independence