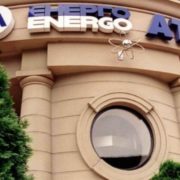 According to the press service, the Energoatom Company, Operator of all operating NPPs in Ukraine, within the project on integration of the Unified Power System of Ukraine with power systems of the EU countries, will perform equipment upgrading at Zaporizhzhya NPP to participate in rated primary frequency and power control during parallel operation with the power system.

Such integration will be possible the power system of Ukraine becomes capable of maintaining the electric power indicators at the level acceptable for the European power systems. First of all this concerns important characteristic of the alternating current such as frequency and time during which the power system is able to restore it after unscheduled loss of generating capacities.

It is noted that this may be achieved by involving power units into the rated primary frequency and power control. This power system operation includes allocated power aimed at compensation of frequency deviations when loads or generating power unit capacities are disconnected.

“The power system should compensate for power unit shutdown within 30 seconds due to an insignificant power increase at several power units designated specifically for this purpose. As a result, an ordinary electricity load should not feel the changes in the power system”, the press service explained.

It is reported that under direct participation of ZNPP experts, an industry technical solution was developed, according to which the Energoatom identified three pilot NPPs. ZNPP-1 was selected for modernization.

“ZNPP successfully performed activities at the first stage due to joint actions of the Process Engineering Service, thermal instrumentation and control shop, turbine engineering service. The preliminary tests of the turbine control system have shown that the control system is quite sensitive for participation in the rated primary frequency and power control”, was said in the message.

It is reported that the second stage of the branch program involves checking the interaction of the turbine control system and the reactor automatic power control system. These activities are planned after scheduled outage at ZNPP-1.

“Ultimately, this modernization is aimed at ensuring that ordinary consumers receive uninterrupted high-quality electricity at a frequency of 50 Hz”, the press service noted.

As previously UNIAN reported, extension of the synchronous area of the continental Europe power system (ENTSO-E) due to the accession of the Ukrainian power system is a constituent of ensuring the integration of Ukraine’s electricity market into the European Union’s internal power market, which already includes 41 system operators and 34 member states.

In March 2017, Ukrenergo Company Head, Vsevolod Kovalchuk, stated that the synchronization of the Ukrainian and EU power systems could cost from 600 million to 1.8 billion UAH. In early May, the Ukrenergo Company adopted a development strategy for 10 years, which envisaged the integration of the company into ENTSO-E.