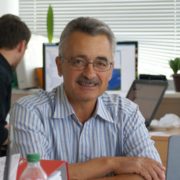 On June 21, at 05:30 a.m. of Kyiv time, the IAEA ConvEx-3 international exercise started under a scenario of a conditional severe accident at the Paks NPP in Hungary. In order to test and check the international emergency preparedness system, a severe accident with simultaneous equipment failures at NPP-1 and 2 was simulated.

Experts of the State Nuclear Regulatory Inspectorate Ukraine, experts on reactor and radiation safety of the State Scientific and Technical Center for Nuclear and Radiation Safety (SSTC NRS) participate in the exercise in real-time and in actual weather conditions. They cooperate with the IAEA, competent authorities of the neighboring countries, Response Department of the State Emergency Service of Ukraine, Ukrainian Hydrometeorological Center, other executive authorities and radiation safety services of the Ukrainian NPPs for operational assessment and forecast of the situation development at the affected NPP. The IAEA conducts the ConvEx-3 exercise every 3-5 years. This makes it possible to identify drawbacks in the national and international emergency response systems in order to eliminate them.

Tetiana Kutuzova, Head of SNRIU Emergency Preparedness and Radiation Protection Department, draws attention to the fact that all exercises concern information exchange mechanisms and response procedures and are a simulation, i.e. they do not pose any risks and hazards for the public, the environment, property, facilities and public safety. Furthermore, they are performed for the first time in such a wide format involving 82 countries and 11 international organizations in real time during two days under actual weather conditions.

According to the message from the Hungarian Atomic Energy Authority received at approximately 8:00 a.m. by the SNRIU Information and Emergency Center within the international information exchange system, there were issues related to coolant leak, heat removal from nuclear fuel simultaneously at both reactors and failure of other process equipment at Paks NPP-1 and 2. The situation was qualified as an on-site accident, which tended to develop into a general accident with a transboundary threat for 28 countries at distances up to 1000 km. Representatives of the Hungarian Atomic Energy Authority in their report assured that Paks NPP personnel took actions to mitigate the accident; however, Hungary asked the IAEA and other countries for assistance.

By decision of SNRIU Acting Chairman, Borys Stoliarchuk, the Information and Emergency Center was activated already at 08:05 and emergency staff was convened. The accident at the Paks NPP was reported “conditionally for the exercise” to the State Emergency Service of Ukraine and Ukrainian Hydrometeorological Center. Representatives of the emergency headquarters came at the Inspectorate’s office by 09:00 and started assessing the situation and forecasting impact of the accident on the territory of Ukraine according to the established procedures to inform the State Emergency Service of Ukraine and develop an agreed strategy for radiation protection of the public that could be affected by the transboundary nuclear accident.

Borys Stoliarchuk, head of the emergency headquarters, ordered the Energoatom Company to bring the automated radiation monitoring systems around the Ukrainian NPPs into enhanced radiation monitoring mode to monitor atmospheric transfer. At the same time, the SNRIU Information and Emergency Center used the RODOS decision support system. The weather forecast data showed no risk of accident spreading on the territory of Ukraine. However, the development of the situation at the Paks NPP shows an increase in radiation contamination in the southern direction, which may pose a potential hazard to citizens who are currently in Hungary and the Balkans.

Upon the situation assessment, the emergency headquarters developed a report for the public and mass media on the NPP accident. Recommendations were sent to the State Emergency Service on the need to enhance radiation monitoring at the western border of Ukraine and bring mobile radiological survey means to preparedness in the regions of potential impact of the transboundary accident.

Upon the results of information exchange and comparison of the predicted release models, radiation protection experts also recommend enhancing monitoring of radionuclide content in food products that might be supplied from the accident area.

The ConvEx-3 exercise will last for two days.