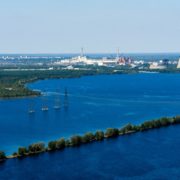 The entrepreneur who tried to “make a deal” with the prosecutor for 20 thousand hryvnias to catch and transport fish from the Chornobyl zone for sale will spend four years behind the bars. This was reported by the press service of the prosecutor’s office of the Kyiv region.

The director of a company offered a bribe of 20 to 50 thousand hryvnias per month to the manager of the Chornobyl department of the Brovary local prosecutor’s office to assist him in illegal fishing and in transport of the fish outside the exclusion zone.

The offender was detained by law enforcement bodies during the transfer of a 20 thousand hryvnia bribe.

The offender was found to be completely guilty under Part 3 of Article 369 (offer, promise, or provision of unlawful benefit to an official taking a responsible position) of the Criminal Code of Ukraine and has been sentenced to four years of imprisonment.

SNRIU Issued License to Energoatom Company for Construction and Commissioning... 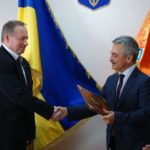