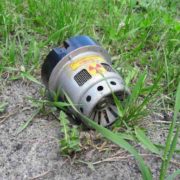 In the second quarter of 2017, the SNRIU jointly with the relevant bodies of the central executive authorities of Ukraine responsible for detecting of and responding to the facts of illicit handling of radioactive material continued cooperation on the withdrawal of dangerous radioactive material beyond the regulatory control.

A number of aviation and other technical devices with a high content of radium-226 were confiscated from foreign citizens and citizens of Ukraine in the Boryspil airport. The equivalent dose was exceeded in automobile covers carried by Ukrainian citizen from Beijing to Ukraine.

The same devices were confiscated in the state border crossing point “Krakovets”. Automobile cable with increased level of Cobalt-60 and Cesium-137 was withdrawn from the citizen of Ukraine in the “Slavutych” point. Besides, Cesium-137 was detected in sawn timber supplied by the Commercial Sea Port to the Belhorod-Dnistrovsky for further export abroad.

The SNRIU has already stressed the attention of local executive authorities on the need to inspect institutions, enterprises and organizations in order to withdraw abandoned radioactive materials and those beyond the accounting and control system. When such materials are outside the regulatory control, they pose a significant threat both to the public and the environment.

In May 2017, there was a radiation source (radioisotope fire detector KI-1 with Plutonium-239 radionuclide) detected at the intersection of streets in the Slobozhanske Village of the Zmiiv Region in Kharkiv. A similar detector with the same radionuclide was withdrawn in the territory of the National Mining University in Dnipro.

All confiscated hazardous items were sent for further safe storage to the SISP of USC Radon. 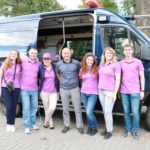