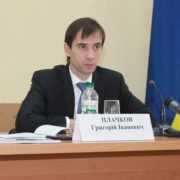 On 3 November, the lifetime of Zaporizhzhya NPP unit 3 was extended according to Decision of the SNRIU Board. According to Chairman, the procedure applied for lifetime extension of nuclear facilities fully complies with requirements of the International Atomic Energy Agency (IAEA) and does not differ from the world practice. In particular, this is confirmed by conclusions received by the Ukrainian delegation after the presentation of the National Report of Ukraine at the Seventh Review Meeting under the Convention on Nuclear Safety. Zaporizhzhya NPP Director General Oleksandr Ostapovets presented a report on the preparedness of ZNPP unit 3 for lifetime extension. He noted that the operating organization performed a full range of engineering and capital activities to assess the technical composition of equipment, upgrade safety reassessment, and replace equipment with expired life.

The findings of the State Review on Nuclear and Radiation Safety of the Periodic Safety Review Report for Zaporizhzhya NPP unit 3 were presented by Oleh Zeleny, Head of the Nuclear Installation Strength and Reliability Analysis Unit of the State Scientific and Technical Center for Nuclear and Radiation Safety. Valerii Buhay, Deputy Director of SNRIU Department on Nuclear Installation Safety, confirmed further that ZNPP unit 3 had all preconditions for lifetime extension according to the inspection results. The members of the SNRIU Board voted to extend ZNPP unit 3 lifetime, one member abstained. The lifetime of the power unit was extended until 5 March 2027.