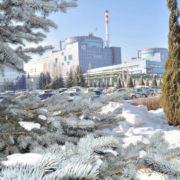 The Cabinet of Ministers of Ukraine supported the Draft Law “On Amending Certain Laws of Ukraine on Safety of Nuclear Energy Use”. A respective decision was made at the governmental meeting on 27 December.

It should be noted that the document was developed to fulfil the order of the Prime Minister of Ukraine in response to the appeal of G7 Ambassadors in Ukraine after their meeting with Volodymyr Groysman.

The ambassadors drew attention to infraction of the Ukrainian nuclear regulator’s independence in the decision-making process because SNRIU had to obey the Laws “On Basic Principles of State Supervision over Economic Activities” and “On Licensing of Economic Activities”.

The Draft Law approved by the Cabinet is intended to limit the application of these Laws to safety requirements for nuclear energy use. This document is important not only for the safe use of nuclear energy, but is also aimed at maintaining the image of Ukraine as a state that is able to meet international obligations assumed under international conventions.

The Government also adopted a resolution to amend Cabinet Resolutions No. 440 of 6 May 2001 and No. 591 of 1 June 2011. The resolution brings the procedure of payment for licensing in the field of nuclear energy into compliance with Law of Ukraine “On Amending Certain Legislative Acts of Ukraine on Enhancement of the Corporative Management Level in Joint Stock Companies” No. 1983-VIII dated 23 March 2017.