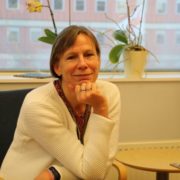 The issues related to spent fuel and radioactive waste management are more than relevant today for Ukraine since the country operates 15 nuclear power units, and four units at the Chornobyl NPP are being decommissioned. The industry, medicine and USSR military legacy sites should be recalled as well: they all have spent radiation sources and radioactive waste on the territory of Ukraine.

The radioactive material management system in Ukraine is constantly developing. The construction of a centralized spent fuel storage facility in the Chornobyl exclusion zone has been recently started. Efforts on the Vektor site with a number of radioactive waste management facilities are ongoing. Review of the National Target Environmental Program for Radioactive Waste Management is underway, after which a clear position will be determined regarding the construction of a geological repository in Ukraine. Nevertheless, despite the significant progress in this area, the society perceives with fear the development of radioactive material management system in Ukraine.

Uatom.org editorial board succeeded to communicate with Ansi Gerhardsson, leading international expert in this field. Ansi dealt with radioactive material management for ten years at the Ministry of the Environment of Sweden. At present, she is Head of Spent Fuel and Waste Disposal Division at the Swedish Radiation Safety Authority (SSM).

Ansi Gerhardsson gave an exclusive interview for the Uatom.org website on spent fuel and radioactive waste management, construction of a geological repository for spent nuclear fuel, and the ways to establish a dialogue with the society in Sweden. – Ansi, how many radioactive material management facilities are there in Sweden?

Today, the spent fuel interim storage center (Clab) is operated in Sweden. It is located in the city of Oskarshamn and was commissioned in the 1980s. Over 6500 tons of spent fuel are stored there in large spent fuel pools at a depth of 30 meters under the ground. The period for storage of spent fuel is 30-40 years; upon completion of this period, spent fuel is to be transported to a repository for permanent disposal of spent fuel that is still to be constructed.

The repository for permanent disposal of short-lived waste (SFR) is located in the city of Forsmark in granite rocks at a level of 50 meters below the sea. The repository will be closed after its life expires.

The repository for permanent disposal of long-lived waste (SFL) is currently at the stage of design. The construction application from the operator, SKB Company, is to be submitted in 2020-2030. SSM currently conducts a productive dialogue with SKB on this subject.

– What about the construction of a geological repository for permanent disposal of spent fuel? Will Finland be ahead of Sweden?

– Yes, this is true. Our colleagues from Finland have advanced much more in the construction of a geological repository for permanent disposal of spent fuel.

Finland uses the same method as Sweden. The repository deepened into granite rocks for 500 meters will place copper containers covered with bentonite clay. The construction of the Onkalo experimental facility near Olkiluoto in the municipality of Euraoki was started several years ago. In 2012, an application was submitted for authorization to convert Onkalo to a repository for permanent disposal of spent fuel in the future. After receiving positive conclusions from the Finnish Radiation Safety Authority (STUK), the Finnish government decided to authorize this in 2015.

In Sweden, the process of repository construction will take some time. We participated last autumn in the court hearings. That is a standard practice for obtaining authorization. The court presented its statement to the Government a few weeks ago. It turned out the court is in general positive to the application but, according to the court, there is a need for more clarifying information when it comes to certain degradation processes linked to the cupper canister. We at the Radiation Safety Authority have also identified that more information is needed, but in our comprehensive assessment, it is enough to have that information later in the stepwise process. That, we told the Government in our statement that we presented the same day as the court. It is now up to the Government to decide on repository licensing. Considering that we have elections coming up this autumn, it will probably be the new Government that will decide on the license application. Most likely, it will happen no sooner than spring 2019.

– STUK considers that safety of the Finnish repository is justified. What is the SSM position? Do you think the Swedish geological repository for spent fuel disposal is safe?

– In terms of radiation safety, the repository will be safe. – Will you accept spent fuel from other countries after the repository has been constructed?

– No. Sweden will not accept spent fuel from other countries. This is a political position of our state.

– I cannot say for sure. You should ask the Finns.

– What do you think about the construction of a geological repository in Ukraine?

– I do not have detailed information on how things are going in this area in Ukraine. Nevertheless, I sincerely wish success to Ukraine in this difficult matter.

The decision-making process for the repository has so far lasted about 40 years in Sweden. It has taken a long time for the industry to finalize its application. During this time, a lot of energy and resources has been invested in the two municipalities interested in becoming hosts for the encapsulation plant and the repository. We hope the decision from the Government will not wait for another 10 to 20 years.

– Who initiated the discussion of repository construction with the public?

– For the most part, it was the operator, SKB Company.

– Ansi, what would you advise the Ukrainian regulator in the area of radioactive material management?

– I would advise colleagues from Ukraine to remember that time passes quickly. You will need a lot of time in the construction of a geological repository. Fundamental research, siting, discussion with the public are only the beginning. The sooner you start the process, the better. Finally, a dialogue with the public should be established gradually, but actively. The less people know about the repository, the more are they afraid.

Containers for Radwaste Transport to Exclusion Zone to Be Manufactured and Transferred...