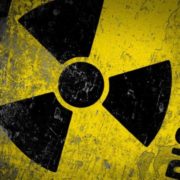 On 19 February 2018, during preparation for repair in the basement of M.P. Semenenko Institute of Geochemistry, Mineralogy and Ore Formation of the National Academy of Sciences of Ukraine, staff of the Institute detected, using available radiation monitoring devices, an increased exposure dose rate in one of the basements where a laboratory for neutron activation analysis of rock samples was located in the 1960-1970s according to historical data.

The Institute administration took extraordinary measures to ensure radiation safety and control of access; executive bodies were informed according to the established procedure and immediate survey of the territory and rooms was arranged with involvement of experts from the Nuclear Research Institute of the National Academy of Sciences, Headquarters of the State Emergency Service of Ukraine in Kyiv and Civil Defense Department of the Sviatoshyn District Administration in order to make decisions and take subsequent actions in accordance with the Procedure for Interaction Between Executive Authorities and Legal Entities in the Area of Nuclear Energy in Case of Radioactive Materials in Illicit Trafficking, approved by Cabinet Resolution No. 813 of 2 June 2003.

Ministry of Energy and Coal Industry of Ukraine and Igor Sikorsky Kyiv Polytechnic...
Scroll to top