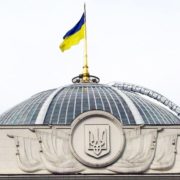 “The Verkhovna Rada of Ukraine as the only legislative body in the country that voluntarily abandoned the third largest nuclear arsenal in the world and vehicle for its delivery in return for safeguards according to the Budapest Memorandum (Memorandum on Security Assurances in connection with Ukraine’s accession to the Treaty of the Non-Proliferation of Nuclear Weapons in 1994) strongly condemns the actions of the North Korea aimed at creating new arsenal of nuclear weapons and threats of using it. This leads to the escalation of tension in the region and around the world and can potentially lead to many casualties”, it is said in the statement.

The Parliament emphasizes that the development of indiscriminate weapons of mass destruction and the threat of its use are completely unacceptable in the modern world and constitute a threat to world security.

The Verkhovna Rada strongly condemned the activities of the North Korea on creating its own nuclear arsenal and the launch of a new intercontinental ballistic missile “Hwaseong-15” capable of bearing a nuclear charge that occurred on 28 November 2017. “Such launches are deliberate and systematic violation of international law and set of relevant UN Security Council resolution on the North Korean missile program”, it is stated in the explanatory note.

IAEA: Ukraine Completely Fulfills Agreement on Application of Safeguards in...
Scroll to top