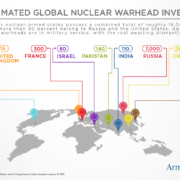 On 29 August, the world community celebrates the International Day against Nuclear Tests. It was established in December 2009 at the 64th session of the United Nations General Assembly and aims to intensify the efforts of United Nations, world states, international and non-governmental organizations to cease the nuclear testing.

The preamble to the UN General Assembly resolution states: “every effort should be made to end nuclear tests in order to avert devastating and harmful effects on the lives and health of people”. The resolution was initiated by Kazakhstan, which closured the Semipalatinsk Nuclear Test Site on 29 August 1991.

For the first time, the International Day against Nuclear Tests was conducted in 2010.  Exactly on 29 August, seminars, conferences, exhibitions, film shows, competitions, lectures and demonstrations are held in different parts of the planet, calling to stop nuclear tests. And although the humankind makes a significant progress in nuclear disarmament, the hazard unfortunately is still very relevant. Especially for Ukraine, which already for several years is in a state of war with a nuclear state, which allows itself to conduct international military exercises to simulate a nuclear attack.

We want to remind that nuclear weapons are not a method of resolving conflicts of any level. There will be no one to celebrate victory in a nuclear war.

Ukraine and the IAEA are looking for effective ways to manage high-level wa...