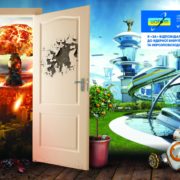 On 26 September, the world celebrates the International Day for the Total Elimination of Nuclear Weapons, which was established in December 2013 by the relevant resolution of the UN General Assembly No. A/RES/68/32.

The main objective of the International Day for the Total Elimination of Nuclear Weapons is to draw public attention to the problem, because nobody can feel safe in the world where there is nuclear weapon.

Unfortunately, nuclear states are still expanding and modernizing their potential and therefore the risk of global confrontation is increasing.

Antonio Guterres, UN Secretary-General, made a speech during the opening of the general high-level debates of the 73rd session of the UN General Assembly and emphasized that currently the global balance of power in the world is changing, and attention should be paid to the threat of nuclear confrontation, since “the nuclear threat has not diminished and the non-proliferation is at serious risk”. On behalf of Uatom.org editorial board, we would like to remind everyone that the Earth is our only home with no alternatives and therefore everyone is interested in preserving it for our children and grandchildren.

KPI Announced Admission of Students for Physical Protection, Accounting and...