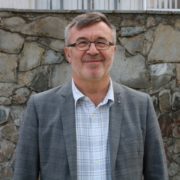 New requirements for physical protection of high-level radiation sources were developed in Sweden two years ago. Zlatan Delalic, representative of the Swedish Radiation Safety Agency (SSM), shared Swedish experience in this area during the XV Ukrainian Conference on Physical Protection, Accounting and Control of Nuclear Materials. According to Zlatan Delalic, the regulatory framework were implemented and new requirements were developed as a result of a number of international events aimed at enhancing of nuclear safety.

The summits on nuclear security in the period from 2011 to 2016 become one of the most important events. The final communique of the Washington Summit stated on the need for international cooperation to combat not only nuclear, but also radiation terrorism. Besides, the UN Convention was signed. This Convention provided for the criminalization of unauthorized use of nuclear and radiation materials.

However, the level of risk depends on the category of radioactive material activity. Therefore, the Swedish authorities made a decision to increase safety level primarily for the most hazardous category of radiation sources, namely, cesium sources (with radionuclide Cs-137), to obtain a quick result in the shortest possible time.

Only general regulatory requirements for safety of radiation sources were available earlier in Sweden. New regulatory documents describe in details requirements for physical protection of high-level radiation safety. These requirements relate directly to the storage sites, their provision with alarm and video surveillance equipment, access control and document management.

“We refused from the use of twenty radiation sources out of twenty five by replacing them with alternative technologies”, SSM representative concluded. “Those organizations that continue using the remaining five high-level radiation sources, the rejection of which is not yet possible, have fulfilled the new requirements for physical protection” .

Use of Radiation Sources in Airports and Customs for Human Imaging: How Safe...
Scroll to top