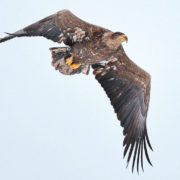 Many years the exclusion zone gradually turning into the comfort living zone for more than 300 animal species including listed in the Red Data Book. In spite of heightened levels of background radiation, wild animals actively adapting to both radiation and chemical Chernobyl NPP territory contamination. At the hundreds of thousands hectares of green picturesque depopulated Polesia there is Chernobyl Radiation and Environmental Biosphere Reserve since 2017. Its main goals are the conservation and monitoring of the local diversity of nature.

During the registration of the winter birds in the exclusion zone researches of Reserve along with representatives of Ukrainian Research Center of the Birds of Prey identified the level of the dynamics of their population. The main attention was paid to the white-tailed eagle, one of the largest representatives of the birds of prey in Eurasia, whose wingspan reaches 2.5 meters. 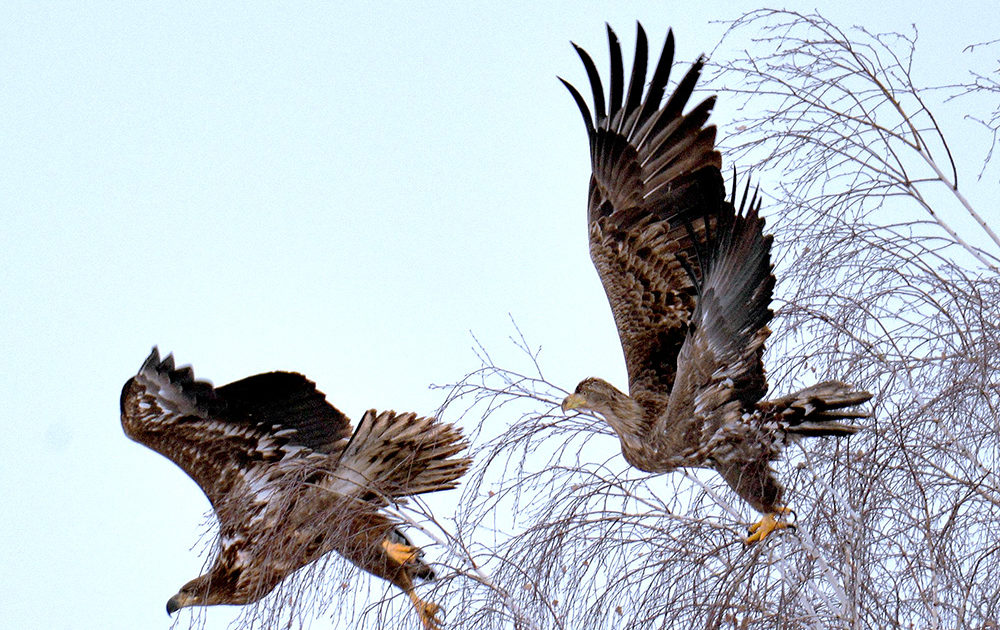 According to the leading specialist of the information and educational department of the Reserve Stanislav Gumenyuk in the course of this expedition there were observed 16 white-tailed eagles . For comparison, in 2008 only 11 individuals were observed, and in 2017 – 20. Such dynamics indicates the stability of the population of these birds in the exclusion zone. It’s interesting that most of the eagles were spied near the wolves hunting areas.

Specialists also registered a sparrowing hawk, a goshawk and birds listed in the Red Book: grouse, black grouse and gray shrike. The research will be continued at the end of January. 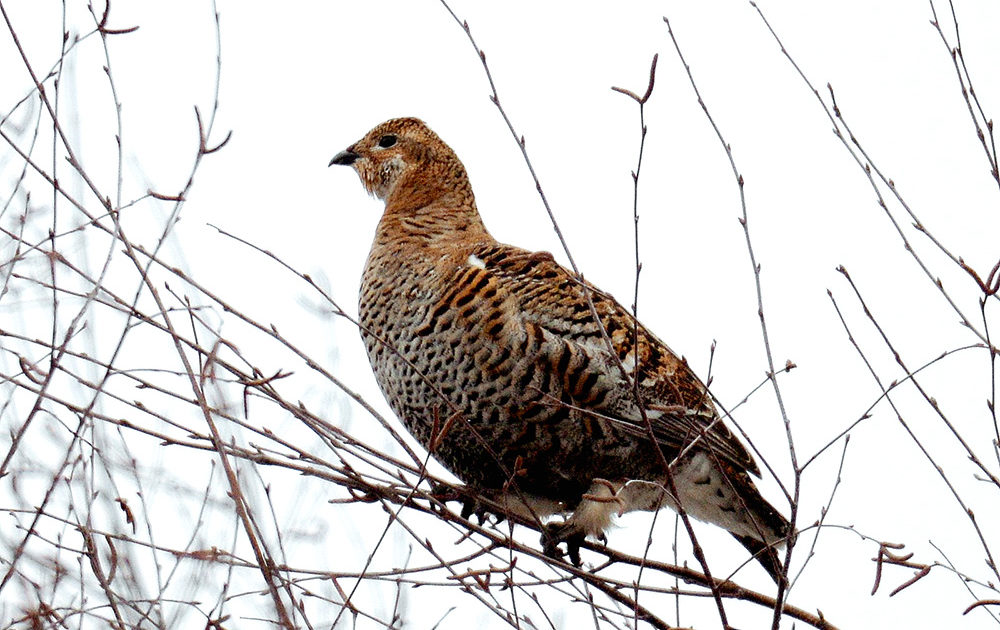 The exploration was held on the both banks of the rivers Pripyat, Uzh and Nesvich, and at the other land reclamation areas. Such wildlife studies in the Chernobyl zone are undertaken since 2008. The Reserve covers the whole territory of the exclusion zone, except 10-klometers zone directly around Chernobyl NPP, that in the near future will be used as the site for radioactive waste and solar panels for renewable energy facilities.

On materials State Agency of Ukraine on Exclusion Zone Management

Selecting the new site location for radioactive waste in the exclusion zone...