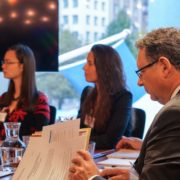 At the end of 2018 in Stockholm (Sweden) there was held the third Meeting of the Information Sharing Initiative for Nuclear Security in Ukraine and Nuclear Non-Proliferation Regime. 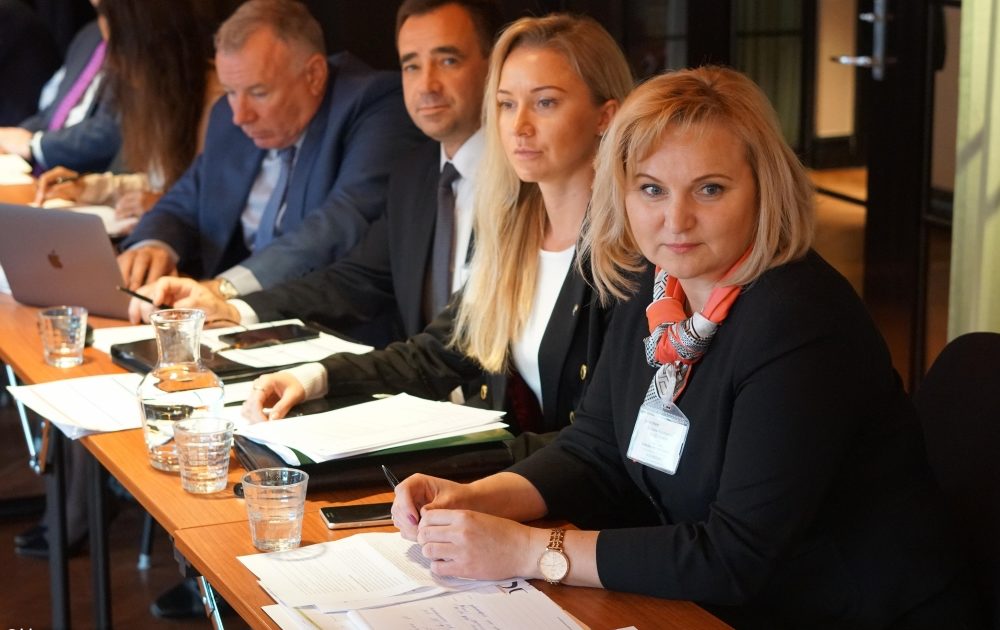 Martin Rosen, Desk Officer responsible for Ukraine of the Ministry for Foreign Affairs of Sweden, opened the meeting and emphasized the fact that Sweden supported Ukraine: “We want to protect the rights of all European countries to freely choose their alliances.  We work consistently to ensure that the international community maintains a clear and consistent position on the issue of illegal annexation of Crimea and the aggression in eastern Ukraine. Our assistance to Ukraine means not only financial support, but also political dialogue. We do our best to keep these issues high on the international agenda”.

Martin Rosen stated that Sweden had a clear position on preserving sanctions against the Russian Federation, given the Russian Federation’s reluctance to respect the territorial integrity and sovereignty of Ukraine. “Of course, we ask Ukraine to meet its commitments under the Minsk Agreements as well”, Mr. Rosen summed up.

Sweden provides financial assistance to Ukraine to support democracy, help in proper management of nuclear energy efficiency and develop institutions that should guarantee human rights in Ukraine. Over the seven years from 2014 to 2020, more than 20 million euros are allocated for this purpose each year. “We want to see a strong democratic Ukraine with a well-functioning market economy and public institutions. We want to see Ukraine, where the internal market will be deeply integrated into the EU market. We are especially pleased that now Ukraine has visa-free regime to the Schengen zone. This is a real achievement, which contributes to building people-to-people contacts. I am sure that the visa-free regime has made life easier for many Ukrainians. In addition, meetings of experts similar to the one we have now is another good example of integration”, Martin Rosen said.

Fredrik Hassel, Deputy Director General of the Swedish Radiation Safety Authority, delivered a speech and recalled how the Ukrainians fought for the right to profess common European values, since he visited Kyiv in the winter of 2013-2014: “I remember the high morale when during one of the meetings in Kyiv we went down to the Independence Square. Barricades were still there. We walked past the people most of whom were later killed for the sake of proclaiming European values in Ukraine”.

European colleagues want to help the people of Ukraine, who are facing perhaps one of the most difficult stages in their history being in the war with a neighboring state that not only has one of the largest armies in the world, but also a very powerful nuclear arsenal. Therefore, it is very difficult to proceed without international assistance, in particular in the sphere of nuclear safety and security. For instance, the implementation of major projects on the construction of the Centralized Spent Fuel Storage Facility, New Safe Confinement, closure of radioactive waste disposal sites left after the Soviet era and remediation of the adjacent territories (Vakulenchuk site in the Zhytomyr Oblast, Tsybeleve burial in the Kirovohrad Oblast) would have been impossible without the support of foreign partners. In the end, the issues of nuclear and radiation safety are of transboundary nature, so they require a comprehensive approach in close cooperation with international partners.

Nathalie Semblat, Deputy Director of Nuclear and Radiological Security Programming at the Ministry of Foreign Affairs of Canada, said that she believed that a strong nuclear security regime is essential following various geopolitical challenges Ukraine has faced. She noted the Information Sharing Initiative was a good opportunity to coordinate with other international donors on projects the Canadian government is currently supporting, as well as review future nuclear and radiological security collaborations in Ukraine.

Vitalii Petruk, Head of State Agency of Ukraine on Exclusion Zone Management, who has headed Ukrainian delegation, emphasized that currently Ukraine is receiving international donor assistance. According to him, that is very important because it allows the implementation of Global Partnership projects in the field of physical, nuclear, radiation safety and solving issues that are relevant to the public.

In general, the meeting participants called to support Ukraine in its wish to ensure nuclear and radiation safety for its citizens, pay close attention to bilateral and multilateral projects performed by Russia and strengthen control over radiations sources and other radioactive materials. Strengthening of control is a direct consequence of military aggression of Russia.

The first meeting of the Information Sharing Initiative for Nuclear Security in Ukraine was held in Oslo (Norway) in 2016 and the second meeting was conducted in Kyiv in 2017. The Initiative is underway within the G7 Global Partnership against the Spread of Weapons and Materials of Mass Destruction.

Ensuring the Safe Use of Advanced Radiotherapy in Eastern Europe and Central...
Scroll to top