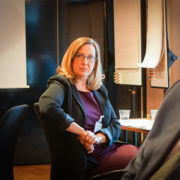 The Global Partnership against the Spread of Weapons and Materials of Mass Destruction was organized in 2002 by a joint decision of the G8 countries: the USA, Japan, Germany, Great Britain, France, Italy, Canada and Russia. The main goal was to ensure non-proliferation, countering terrorism and nuclear security. During 2003-2004, the Netherlands, Norway, Poland, Switzerland, Sweden, Finland, Australia, Belgium, Denmark, Ireland, the Czech Republic, South Korea and New Zealand joined the Global Partnership. In September 2004, Ukraine was accepted as a member of the Global Partnership as a recipient country of support. Since then, the EU countries and the USA have been helping Ukraine in ensuring nuclear and radiation safety, conducting special meetings and trainings, providing sponsorship support with equipment and technology, as well as helping to effectively improve the regulatory framework.

Taking into account the role of Ukraine in ensuring the global system of nuclear security, the Global Partnership established the Group for the Exchange of Information on Technical Assistance to Ukraine in the Field of Radiation and Nuclear Security. At a time when open warfare is being conducted on the territory of Ukraine and sabotage takes place at strategic military sites from time to time, the importance of such assistance cannot be overestimated, because we have a number of nuclear facilities, including the largest nuclear power plant in Europe – Zaporozhskaya NPP. The assistance of foreign colleagues is made on many directions. One of it is to establish a constructive dialogue and interagency cooperation within the region, because of importance of a constructive dialogue and exchange of contact information for the sake of further joint work judging by experience of the governmental organizations of other countries it is known how important it is to

Given the prevalence of radiophobia in the modern world as a whole and in Ukraine, which survived the Chernobyl tragedy, in particular, it is very important to propagandize the nuclear industry with a clear and consistent position of adherence to the nuclear nonproliferation regime, and this is very difficult to carry out without educational work and assistance from industry representatives and state institutions.

In the experience of Kathleen Lowe, a spokeswoman for the US Department of State, there are several ways to accomplish tasks to strengthen cooperation with international partners in order to prevent, detect, and respond to attempts to smuggle or acquire nuclear weapons and radioactive materials. In her opinion, the first is with the involvement of diplomatic institutions of friendly states and the creation of joint action plans to counter the proliferation and smuggling of nuclear weapons and radioactive substances. The second is through software interaction to improve the ability to counter the smuggling of radioactive substances and nuclear materials. Back in 2006, a joint document was signed between the United States and Ukraine on cooperation in preventing, detecting and responding to smuggling incidents of radioactive substances, and it was also decided to supplement the general action plan with the approval of a special document reflecting significant progress and allowing for increased assistance to Ukraine.

In 2018 was approved the document on assistance in the implementation of the Vector and Vector-2 projects, which are to secure the transport of an ionizing radiation source (IRS) for long-term savings in a new storage facility located in the Chernobyl Exclusion Zone. These works are funded by the UK and partly by the US government, ensuring the possibility of safe transportation of small IRS.

Ukraine receives considerable financial assistance in ensuring the transportation of ionizing radiation sources in the form of purchasing safe transport containers for long-term storage of radioactive substances from Canada, and the Swiss and British help with their transportation to their destination.

Therefore, the assistance of the US State Department is systemic: a meeting was held in May 2018, at which, among others, issues of assistance to Ukraine in the development and implementation of a pilot project on the voluntary delivery of ionizing radiation sources were also discussed. This project should reduce the number of abandoned sources of ionizing radiation and support their legal transfer to representatives of authorized bodies, which is possible due to the changes made to the Criminal Procedure Code of Ukraine in 2016 to decriminalize the voluntary delivery of sources of ionizing radiation. The results of the project will have a positive effect not only for the region in which the project is localized, but also for Ukraine as a whole.

The US Department of State contributes to the implementation of international programs in nuclear forensics, because their experts are convinced of the effectiveness of prosecution and of the significant role of nuclear forensics for effective judicial proceedings. That is why they held a seminar attended by experts from Ukraine, Georgia, Armenia and Moldova, during which they discussed the importance of using nuclear forensics in a lawsuit related to the smuggling of radioactive waste last year. Colleagues from the US Department of State also carried out joint work with Ukraine to verify the effectiveness of the legal framework regarding the prosecution of the aforementioned crimes, as a result of which Ukrainian experts recognized their own legal framework to be quite effective.

Chris Cowen, an expert from the US Department of Defense global nuclear threat response team, believes that maintaining order and hierarchy in the event of a large-scale power outage, as well as ensuring the operation of critical infrastructure in unpredictable situations is very important. In his opinion, law enforcement agencies should have clear instructions, and the SBU, in turn, should have the appropriate tools to perform the tasks.

At this, the foreign partners of Ukraine in the Global Partnership do not plan to stop. Now, apart from the above, there was planned special training for the National Guard military guarding nuclear and radiation facilities in Ukraine, being introduced twelve mobile monitoring systems, being updated electronic information resources, being improved green corridors at border crossings, being created a Training Center of the State Border Service of Ukraine in Orshanets, as well as being improved countering cybercrime in the nuclear field, and the like.

Amendments to the Law on the Management of Spent Nuclear Fuel for the Siting,... 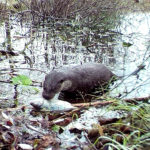 Poachers of the exclusion zone
Scroll to top